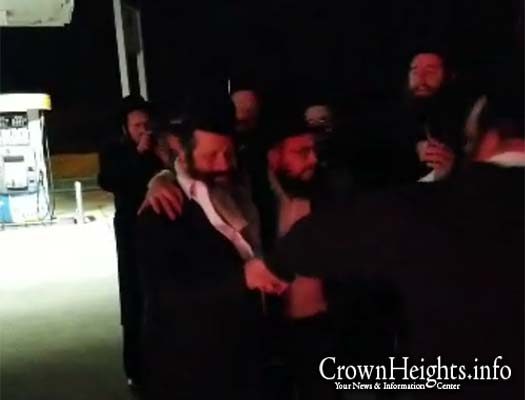 Members of the Rubashkin family reacted with joy following the news of the commutation of the sentence of Sholom Mordechai Rubashkin, while dancing and celebrations broke out across Jewish communities around the world.

Rubashkin was convicted of financial fraud in 2009 and was sentenced to twenty seven years in prison, in what an overwhelming amount of lawyers, lawmakers and activists called disproportionate and heavy-handed.

As news of the commutation of Rubashkins sentence, by President Donald Trump, broke his son Shmuly Rubashkin took to social media and said “I just wanted you to hear it from me, Boruch Hashem, I can’t even breath, I can’t even cry, I can’t even talk, my father is coming home, he is in the wardens office waiting for my other to pick him up.”

“The President’s review of Mr. Rubashkin’s case and commutation decision were based on expressions of support from Members of Congress and a broad cross-section of the legal community,” the White House said in a statement.

“One moment you could be sitting at your desk and the next the news may come and you will be dancing” Getzel Rubashkin told CrownHeights.info, “just know that you must be ready!”

Getzel added that you must always be ready and ‘dressed appropriately’ for when the moment [Moshiach] comes.

Senator Orrin Hatch weighed in saying “this is a real Hanukkah miracle. I am proud to be a part of a large bipartisan group of members of congress who, along with over a hundred former senior justice officials, have been calling for Mr. Rubashkins release for the past eight years.”

“Today Pres Trump commuted the excessively unjust sentence of Sholom Rubashkin to the 8+years he has already served. Dems & Repubs asked him to commute. He did the right thing.” Tweeted Alan Dershowitz.

Rubashkin’s Attorney Guy Cook, spoke to the Des Moines Register and praised Trump’s commutation, the president’s first in office. Cook said Rubashkin “finally received justice” and called the commutation tremendous news for the Rubashkin family. The sentence was essentially a life sentence, Cook said and called it unfair and unjust, and described it as not supported by the facts of the trial.

“President Trump has done what is right and just,” Cook said. “The unrelenting efforts on behalf of Rubashkin have finally paid off.”

The White House statement was careful to note that this action was not a pardon, rather it is a commutation, and it does not vacate Rubashkins conviction and leaves in place a term of supervised release and restitution obligations.

Following his release Rubashkin made his way to his family’s home in Monsey, New York and for there is expected to visit the Ohel and 770.