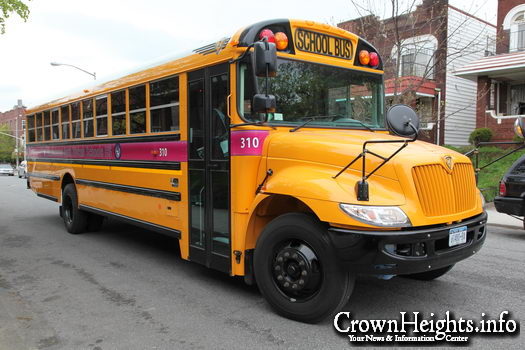 A possible end to the teachers’ strike in Bais Rivkah seems to be in sight, this according to sources within the administration, board and teachers group. The strike has left students of 18 classes without a proper school schedule since before Pesach.

With many accusations being leveled at all parties, it has been extremely difficult for parents to obtain accurate information – due in part to the lack of leadership and no organized statements or updates, leaving many to vent on social media or attempt to loosely organize tuition strikes of their own.

On Sunday, CrownHeights.info spoke with many sources close to the issues, and while few were willing to go on the record, one member of the board was confident in saying that he sees an agreement in place by Monday night and the potential resumption of normal school schedule starting Tuesday.

A flurry of meetings between parents, represented by the PTA, and the teachers on Sunday morning resulted in talks about arranging payrolls to bring the teachers back to work – possibly as soon as Tuesday morning – contingent on other agreements to be worked out with the school’s administration.

Accusations have been leveled at the board that they were the ones who in some way drove the teachers to strike, in an attempt to put pressure on the administration to resign. Paraphrasing a conversation with a member of the board, one source told us the board-member told him “it was a pressure tactic, but we lost control of [the teachers] and it is now a runaway freight train.”

Meanwhile, one of the teachers behind the strike was quoted as saying, “we were just pawns in a game and we weren’t aware that we were being manipulated.”

Board member Yerachmiel Jacobson vehemently denied that the board was in any way part of the strike.

Jacobson further said that his board was in the final steps of working out a permanent agreement that would enable him to make commitments that would hold legal weight, and have the school back to normal function. “Anything can happen, but I am confident that the agreements would be worked out by Monday night and Tuesday school will resume – barring any sudden changes,” he said.

During the strike, two teachers have been running nearly full day programs for their students in their homes, while a number of other teachers had short get-togethers in neighborhood Shuls, and some held classes over the phone.