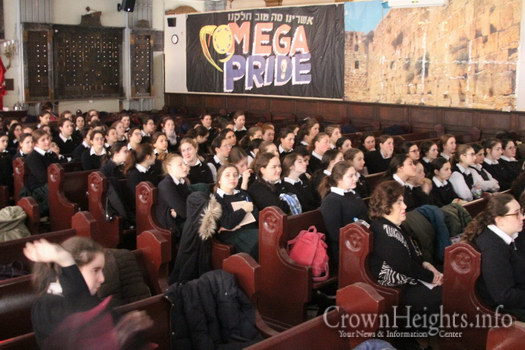 Once Again: The parents of students in Beth Rivkah elementary school today received an email from the principals notifying them that second term report cards will not be distributed since the teachers have not been paid in over a month.

This latest email comes after many rumors and whispers over the last few months that once again teachers in Crown Heights’ largest girls’ school are not being paid.

Though not uncommon, this time is the first such occurrence since the announcement of a new board forming in the school and taking upon themselves the responsibility of “all back salaries being paid up ASAP” as well as “future paychecks being paid in a timely fashion”.

The board announced the hiring of a new educational consultant along with a fundraiser to help them meet those goals.

Immediately following the board’s announcement, a matching funds campaign was launched and 1 million dollars were successfully raised. That did not stop teachers from going on a strike, shutting down the school the following year after Pesach vacation, and then once again not returning to school following the summer break.

School remained closed until September 14, when the salary woes were announced as resolved.

Now once again the same financial problems seem to persist, with teachers and principals withholding the second period report cards. They further indicate that a strike is possible as well.

“Although we have reached the end of the marking period, with most of the paperwork completed, and second term report cards should be distributed, presently this will not be possible,” the email reads, adding, “We hope this matter will be resolved in a timely fashion so that we can avoid any sort of work interruption.”

CrownHeights.info reached out to members of the schools board, as well as the administration, but has not received any comment as of the publication of this article.

Email to parents from Beth Rivkah:

We are very grateful to our teachers who come to school on a daily basis enthused to teach your daughters. However, they are still owed seven outstanding payrolls from last year and they are owed three payrolls from this year. Our teachers returned to school in September with the guarantee that this situation would be rectified.

Although we have reached the end of the marking period with most of the paperwork completed and second term report cards should be distributed, presently this will not be possible.

We hope this matter will be resolved in a timely fashion so that we can avoid any sort of work interruption.

Thank you for your patience and support.

An earlier version of this article incorrectly identified as the high school as the division which sent out the letter, when in fact it was the elementary division. The article has been corrected to reflect this.