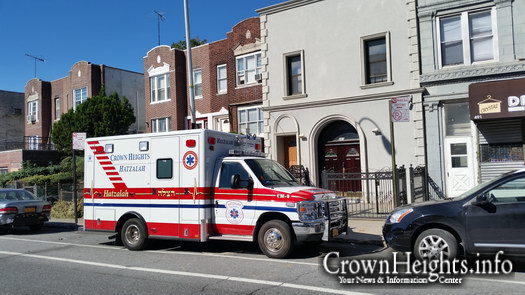 Billed as a ‘no frills’ fundraising campaign, thousands of dollars were raised this past “Shabbos Hatzalah” in Shuls all over Crown Heights through special appeals.

Thanks to a recent expansion of the boundaries of Crown Heights’ Jewish Community, coupled with the overall cost of running an organization such as Hatzalah, a Shabbos pledge drive was held in nearly every Shul in Crown Heights.

“We have received a lot of support and the campaign was met with much enthusiasm,” said Mendy Gorodetsky, a coordinator of Crown Heights Hatzalah.

Tens of thousands were successfully raised, with reports that pledges in some Shuls were in excess of $10,000, while many others contributed in the thousands.