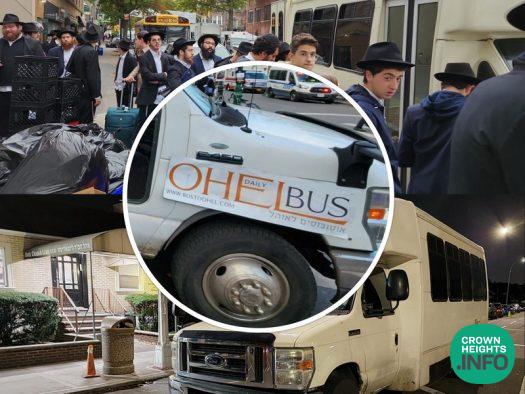 Throughout the weekend of the International Kinus Hashluchim 5783, thousands of the shluchim benefited from the subsidized “Ohel Boss” transportation system, which traveled from Crown Heights to the Ohel from 5:30 in the morning until 11:00 at night.

The subsidized system operated with great success thanks to the Rabbi Benzi Lipsker of the “Meromim Foundation”, and an anonymous donor who sponsored the bussing in memory of Menachem Mendel ben Rabbi Baruch Sheychye who took it upon themselves to subsidize the buses for the benefit of the Shluchim.

The project was a private endeavor of a member of the Crown Heights community who saw the need for the Shluchim and community to have constant and comfortable access between 770 and the Ohel.

According to the Shliach A.K., “In previous years, we would stand in the bitter cold for hours to find a ride to the Ohel. This year, thanks to the special arrangement, we easily reached the Ohel both without waiting and with a large subsidy..”

Bochur Y.K. said “From time to time during the week Mekuravim come to me on Friday for a tour in 770, and immediately after the tour I want them to continue from 770 to the Ohel, but the availability of the trip and the price do not allow the travel. During the convention, when one of the Mekuravim came to me, immediately after the tour in the 770, I put him on one of the subsidized buses, and thanks to the available transportation system, God willing, the Mekurav went to the Rebbe’s Ohel for the first time in his life!”