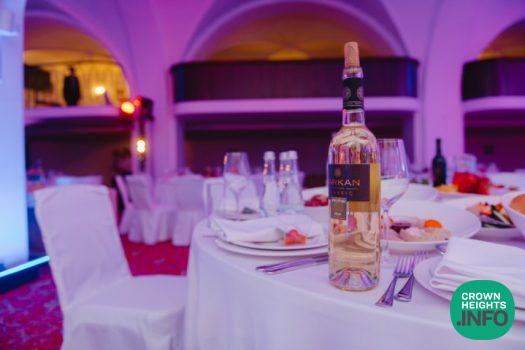 Being that this Monday, the 11th of Av was the yahrzeit of Reb Hillel Halevi of Paritch and I am preparing an expanded edition of his biography, I decided to post the chapter about his histalkus. Hakdashos are welcomed.

As always your feedback and comments are appreciated.

The summer of 5624 (1864) began as usual for Reb Hillel, with trips being made to various towns and villages in the Kherson Colonies. By the middle of Tammuz, he found himself in the town of Karoup. He sent a message to his student Reb Mordechai Yoel Duchman to bring wine for Shabbos. Reb Mordechai Yoel explained to his fellow chassidim and students of Reb Hillel that their teacher was asking them to come to him for Shabbos. “He said we should bring some wine, not send some wine,” he explained. Many of them indeed went.

“On motzo’ei Shabbos, Reb Hillel informed us that he wished to continue his journey as soon as possible. This was completely out of the ordinary, as he usually did not travel on motzo’ei Shabbos. Only later did I come to the conclusion that since it was within thirty days before his histalkus, he realized he was going to be nistalek and wished to arrive at the destination he chose.

“We tried to pack up everything needed for the trip as quickly as possible. In doing so, we made some noise. Reb Hillel saw that we needed more time to pack, so he told us he was going to take a nap. Concerned that our noise would disturb his rest, I told everyone to do their jobs as quietly as possible.
“Reb Hillel overheard me and directed that the chassidim continue as usual. ‘When it comes to my body, I am the baal habayis (in control),’ he said. ‘When I command it to sleep, it sleeps.’

“On Tisha B’Av he was visiting the city of Nikolayev,” continued Reb Mordechai Yoel. “After breaking his fast Thursday night, he acted and spoke as if he felt that his days were numbered. He mentioned to his attendant, ‘Where were the Rabbonim?’ [In effect, he seemed to be saying, ‘Didn’t they realize that I wasn’t feeling well? Even though I didn’t ask, they should have informed me that according to the Torah I am obligated to eat and stay healthy, and that I am not allowed to continue to fast!’ ] He then made the unusual request that they hire a wagon immediately and go to Kherson.

“Knowing that Reb Hillel would not travel on a Friday afternoon, they told the wagon driver that they would pay him extra to travel throughout the night. They arrived in Kherson on Friday mid-morning, and Reb Hillel passed away the following day, Shabbos Parshas Va’eschanan, Shabbos Nachamu, the eleventh of Av.

“The Yidden who lived there built an Ohel around his gravesite. For many years, thousands of Yidden continue to come there to daven.”

It is related that Chassidim felt that Reb Hillel desired to be buried in Kherson because it was (once) ruled by the Turkish Empire, which also controlled Eretz Yisroel at that time.

After Rosh Hashanah, the Rebbe wrote a letter asking chassidim to contribute to help cover the debts of the tzaddik Reb Hillel.

The reason Reb Hillel owed money was as follows: Reb Hillel would borrow money before making his trips to pay the melamdim he had hired to teach in the colonies throughout the year, as well as to cover other expenses he was responsible for, and he would guarantee to repay them. During the year, he would collect money and use it to cover his debts.

When the chassidim heard that Reb Hillel owed money, they immediately answered the Rebbe’s call and paid off all his debts.