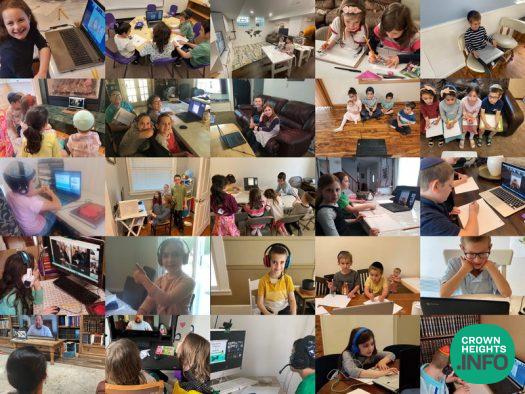 Pre-Camp Program Kicks Off With Fun And Inspiration

The pre-camp program of the Chinuch Yaldei Hashluchim department of the Shluchim Office kicked off its first two days of fun with hundreds of young Shluchim and Shluchos tuning in from around the world.

“This program is amazing, my kids were super engaged,” wrote Mrs. Esther Stein, Shlucha to Stony Brook, NY. “They especially liked the magic tricks and Magiv Avi’s lesson about kindness, thank you so much!”

Both sessions kicked off with an exciting rally including Pesukim and raffles, getting all the children involved and engaged. On Tuesday, the young Shluchim and Shluchos had a blast creating their very own cartoon art with artist Tziporah Schor. The highlight of Wednesday’s program was a riveting magic show with Magic Avi, who’s also known as Shimshon from Toveedo’s new video.

All young Shluchim and Shluchos are invited to join the final 2 days of fun on Thursday, 24 Sivan / June 23 and Friday, 25 Sivan / June 24, free of charge.

The pre-camp program is a project of Chinuch Yaldei Hashluchim (CYH), a division of the Shluchim Office.