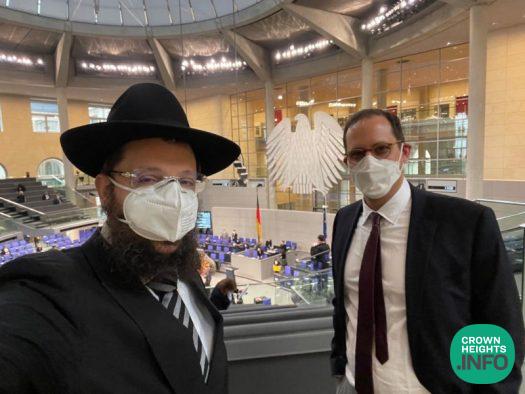 The Speaker of the Knesset said ‘Kaddish’ On Holocaust Memorial Day In German Parliament, Bursts into Tears

A special session of the German parliament ‘Bundestag’ was held on the occasion of International Holocaust Remembrance Day, with the participation of the German political elite, headed by President Frank-Walter Steinmeier and Chancellor-General Olaf Schultz. Alongside them, Rabbi of Berlin, Rabbi Yehuda Teichtal also participated.

The event was very moving. The chairman of the Knesset Mickey Levy, who was especially arrived from Israel to participate in the event marking the murder of millions of Jews by the Nazis, burst into tears during his speech. Levy also said the Kaddish for the souls of the murdered.

Holocaust survivor Inge Auerbacher, who also addressed the assembled parliament, also moved those present from all over the world to tears with her words.

“This act is of great importance for the awareness of Holocaust memory among the German people and in general,” Rabbi Teichtal said as he left parliament. “In Berlin, more Jews are coming to synagogue and more new Torah classes – this is the best revenge on those who wanted to exterminate the Jewish people.”