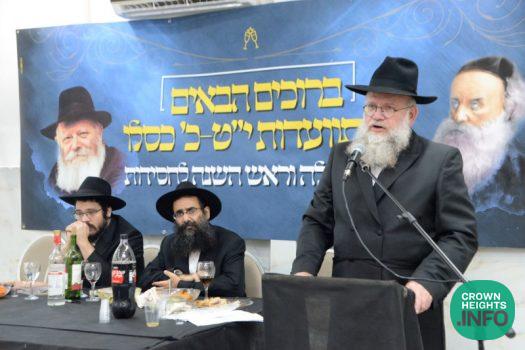 More than 300 people joined Igud Shiurei Chassidus in Bnei Brak for a grand Yud Tes Kislev event. The event and Farbrengen was a milestone, marking seven years of shiurim.

Honored participation at the event included the Rebbe of Lalev Shlita, the Rebbe of Biala Shlita, Rabbi Shmuel Yitzchak Gad HaCohen Yudaykin author of commentaries on the Tanya, the influential Rabbi Avraham Yosef Kahana, and Rabbi Chaim Perl – Chief Rabbi of the Fire Department and rescue in Israel.

The gathering, which took place in a large ballroom rented for the event, began with a seudas Mitzvah, and a program that lasted until the evening.

The producers of the event thank all the people who donated their money and time to the success of the huge event.