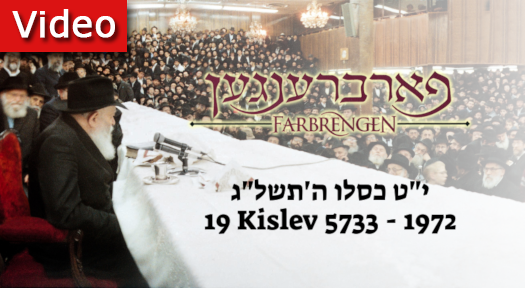 This new release from JEM contains full video of a 1972 (5733) Farbrengen with the Rebbe, marking the 19th of Kislev, 174th anniversary of the liberation of Rabbi Schneur Zalman of Liadi, the Alter Rebbe, from Czarist prison.

In this 5 hour event, now published in its entirety, the Rebbe addresses the unique virtue of a Sabbatical (Shemitah) year, dedicating several talks to exploring some of its relevant lessons. Focusing on the theme of Shabbos, the Rebbe discusses living in “Shabbos mode” week and year-round, elevating the mundane and recognizing the higher purpose in our everyday tasks.

Additional talks of the Farbrengen focus on the responsibility of every individual to be a positive influence on his or her surroundings, infusing a Jewish home with holiness by building a library of Torah books, a lengthy address on tractate Shabbos, and defending Jewish law in the Holy Land.

This special release includes the entire five-hour event, with the video and audio meticulously restored. Six of the major addresses are presented with subtitles in English, Hebrew and Yiddish. Watch Here (membership required). 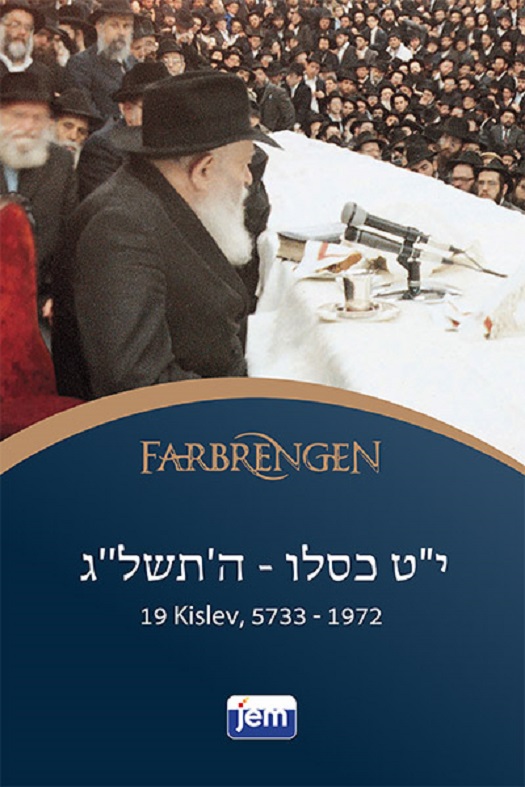