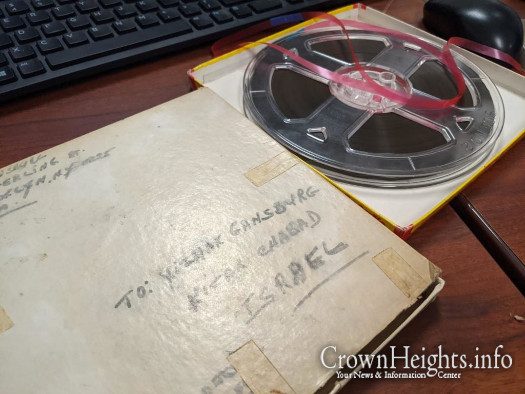 The Rebbe speaks, hundreds of Chassidim following every word. A Nigun is sung, the Rebbe hums along, encouraging the melody. A Jew in need takes the opportunity to approach the Rebbe for a Bracha, as the Rebbe gives him a L’chaim and advice. Another Nigun, and the next Sicha begins, an hour of Torah and timeless lessons in Avodas Hashem.

As the night progresses, the Rebbe’s Farbrengen in its original form is recorded on an audio reel set up by Rabbi Dovid Shochet, then a student in 770.

For years, these and countless other precious moments of the past remained scattered across audio reels, gathering dust in private archives, waiting for the day they would be given the home befitting such a great treasure.

Just over one year ago, the Ashreinu team at JEM set out to restore all the audio of the Rebbe’s Farbrengens from the Yuds and Chofs, launching a campaign to cover the costs. The call was met with enthusiasm and joy by Chassidim worldwide, yearning to relive every available recorded moment of the Rebbe.

Reel by reel, collection by collection, moment by moment, the restoration project of the Yuds and Chofs is now reaching its historic conclusion. With only a few Farbrengens remaining to be restored, the focus is now shifting to the Sichos of the later years.

“The success is astounding” says JEM director Rabbi Elkanah Shmotkin. “Tens of hours of never before heard audio of the Rebbe, in quality that far surpasses any recording previously available, was discovered across numerous private audio collections, as well as in JEM’s archives.”

Most recently, the team responsible for transferring audio reels, led by Rabbi Zalman Wilhelm, discovered a previously unknown recording of Yud Tes Kislev 5717. Carefully unrolling the old reel and inserting into the machines lovingly attended to by Rabbi Wilhelm, the Rebbe’s voice is heard reciting the Ma’amar Mizmor Lesodah. “Comparing the tape to the Farbrengen as it appears in print”, says Berel Grossbaum of the restoration team, “we discovered that this part of the Farbrengen, including the end of the Ma’amar and some of the subsequent Sichos, had never been heard before”.

Yud Tes Kislev 5717 is now available at Ashreinu for all to hear, another testament to the vital importance of this project, bringing the precious audio of the Rebbe to the quality and availability that it deserves.

This Farbrengen is from the last remaining of the Yuds and Chofs to be restored. Next week, a campaign will begin covering the Sichos and Farbrengens of the later years of the Rebbe’s Nesius, from 5748 – 5752. Stay tuned for details. 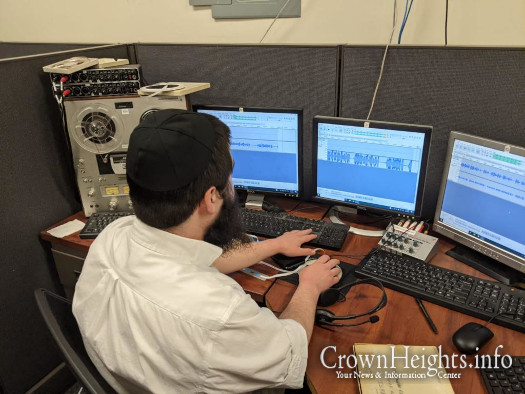 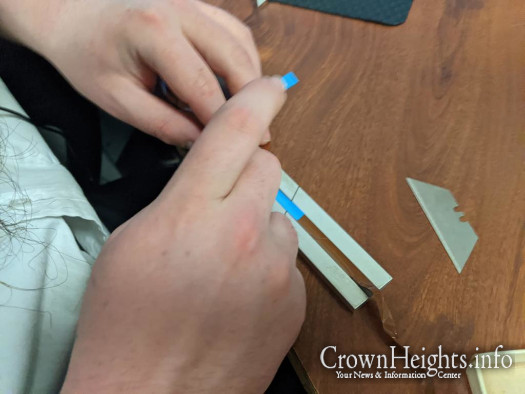 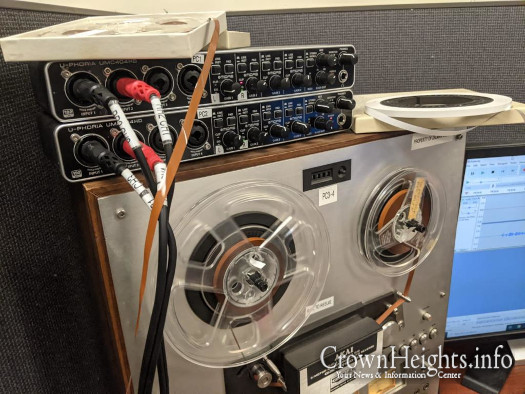 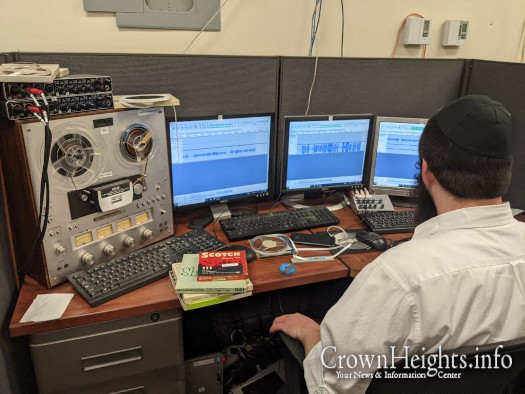