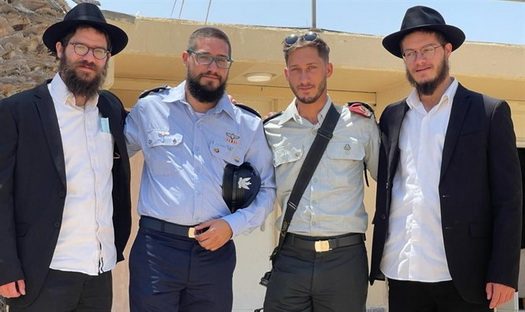 For the first time in its history, the IDF has named a chabadnik as a company commander.

Kirsch, the son of a Shliach and grandson of a Chabad Rov, is the first company commander to emerge from within the company.

The Negev Company is an operational company that deals with the preservation of the strategic assets of the State of Israel, including the F-35 aircraft.

Rabbi Yitzchak Bar-Haim, founder of Netzach Yehuda said, “This is an exciting and historic day for the Negev Company and the entire haredi service in the IDF. On such a day, my hope is that in the coming years we will see more and more haredi who have grown up in the various units, advancing in the ranks and fulfilling senior command positions.”