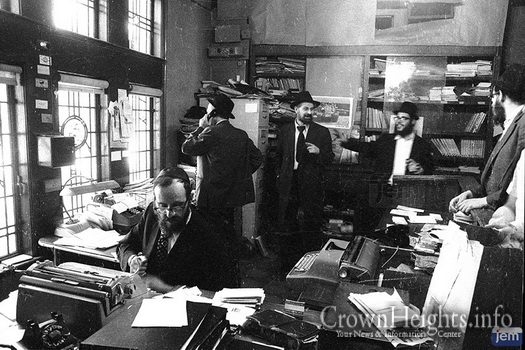 Over the years, Reb Yoel Kahan obm merited to see many instances of the Rebbe’s Divine intervention:

There is another story I remember well. It also took place a few months after the passing of the Rayatz – the summer of 1950 — but before the Ramash formally accepted the Chabad leadership.

There was an irreligious Jew, very distant from Torah observance, who lived in Williamsburg. He found himself in great trouble: his daughter, who fell critically ill, was rushed to the hospital. The Jew’s wife, who had distant Chassidic relatives, told him, “There’s such a thing as a tsaddik, a holy man, who can give blessings, and his blessings are fulfilled.”

She pressed her husband, “Maybe you can go to a tsaddik and ask for a blessing. Maybe that will help?

The man, with his limited understanding, equated a tsaddik with some kind of magician. Nevertheless, he traveled to a number of Chassidic Rebbes, many of them Holocaust survivors now living in New York, and offered them ten thousand dollars – a great sum at that time – if they clearly promised that his daughter would recover. These Rebbes, though impressed at the sum, hesitated to make such a promise.

In desperation, on a Motzei Shabbos, the man arrived at 770 Eastern Parkway, Chabad headquarters. Inside the congregation was completing the evening prayer to big farewell to the Sabbath Queen.

The man wanted to enter immediately, but someone clutched his sleeve. “You must speak first with the secretary,” the stranger said, pointing to Chaim Mordechai Eizik Hodakov.

The man spoke to the secretary who, after hearing the urgent message, promised to approach the Rebbe after Havdalah and ask if it were possible to let the man speak to the Rebbe then and there.

Following Havdalah, Rabbi Hodakov approached the Rebbe, who had gone into his office. When the secretary re-emerged, he told the man, “You cannot go in now. You should come tomorrow morning.”

The man’s eyes welled with tears. “What do you mean, wait until the morning? My daughter is dangerously ill! By tomorrow morning it might all be over, G-d forbid!”

But Rabbi Hodakov replied, “Either way – if you believe in the Rebbe, you can rely on what he says. If you don’t believe . . . then what are you doing here altogether?”

In the morning the man phoned the hospital and asked to speak to the doctors.

One of them got on the phone. “Something unusual has taken place!”

“Normally this kind of illness doesn’t remain static. Either things worsen or they improve. But in the case of your daughter . . it has already been over twelve hours and her condition has remained exactly the same.”

The father made a mental calculation. It was precisely since the time he had been at 770!

He hurried to 770. The Rebbe announced, “The heavens are waiting for you, sir. It all depends on you.

“If you wish for your daughter to recover, you must accept three things upon yourself: Shabbos, tefillin, and kashruth.”

The man stammered, “I don’t think it is possible. It’s an awful lot to accept.” Then he lowered his voice. “Can I give more money instead?”

The Rebbe firmly shook his head. “This isn’t a negotiation with me. I am simply telling you the reality.”

Finally the man acquiesced. However, he said, “I don’t know how to put on tefillin.”

The Rebbe smiled. “The yeshiva students will show you.”

Sure enough, the man arrived every day at 770, where Berel Junik lay tefillin on him until he learned to do it himself. Meanwhile, the Rebbe warned the Chabad administration not to take even one dollar from this man! He did not want the man to equate his daughter’s recovery with any money – rather as a result of the three things the father accepted upon himself.

In the autumn, during Shabbos Vayigash, the man hosted a Kiddush at 770 as a thanksgiving meal in honor of his daughter’s recovery. The Rebbe participated.

The man’s Jewish name was Yehuda Leib, so I remember that the Rebbe turned to him at the beginning of the farbrengen and recited the first verse of the Torah portion, “Vayigash eilav Yehuda – then Yehuda approached him.”