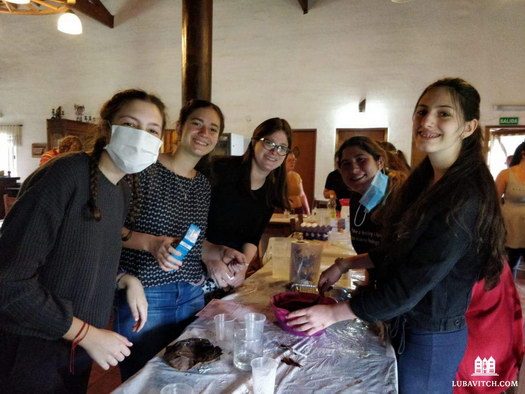 Summer is only just beginning in the Northern Hemisphere; but back in January, when Argentina was soaking up the sun, twenty-five young women used their vacation to get away from the bustle of Buenos Aires and immerse themselves in a Jewish experience. At a hotel tucked away in the beautiful mountains of Cordoba, Argentina’s countryside, these young women learned, decompressed, and created strong relationships.

Originally, the women were supposed to go to Israel. Buenos Aires’s El Lazo Jewish Youth Center, a Chabad center for teens and young adults, in collaboration with the local Majon Or Jaia women’s academy, facilitates an annual whirlwind tour of the Holy Land with Judaic classes for Spanish-speaking women ages 18-28. The Argentine delegation was set to participate; but then COVID happened. The program was canceled.

So Jani Gorovich, principal of Majon, and Rabbi Zalmi and Rivka Levy of El Lazo arranged instead for the retreat to Cordoba. There, the young women enjoyed ten days of learning, connecting, and outdoor treks. Most of the women were part of Chabad’s Sinai Scholars study group for college students, which pays participants a monthly stipend, and used their earnings to pay for the trip. “It wasn’t a hard decision to make,” says Melanie Delobelle, 24. “I love to travel, I love to study, and I wanted to be social again, and to feel my Judaism again, after a year of COVID.”

Each day, the mentors who chaperoned the trip introduced one Jewish concept, and the young women studied it in depth. One day they learned about kosher, another day about Jewish marriage. “It was inspiring to see these women connect with their heritage,” says Majon mentor Jaia Levy. “For some of them, this was their first time observing Shabbat. Seeing their excitement and thirst for learning pushed me to learn more and grow in my own Judaism.” Outdoor recreational activities, including hiking and boating, were also incorporated into the daily schedule.

But all agree that the highlight was the genuine friendships that blossomed there.

“We really connected as a group,” says Abigail Lichtenstein, 21, who is currently studying graphic design. “We got to know each other and created real relationships that have lasted.” Melanie explains that, though the women were of different ages and backgrounds, “we were all in the middle of nowhere, studying and laughing together. We were all in the same boat, all equal, all one.”

Abigail points to the nightly farbrengens—gatherings that would break up into smaller groups, inevitably lasting until the wee hours of the morning—as another driving factor. “We’d sit and sing together, and talk about life for a young Jewish woman in Argentina. We’d open up about our relatable daily struggles. We gave each other advice and learned Torah’s perspective on managing these kinds of challenges.”

The retreat came after a year of social distancing, when relationships were relegated to the internet and social media. “I made a lot of friends—real friends, not ones you forget a week later,” says Abigail. Since their return from the program, the group still meets up regularly for Shabbat dinners, classes, and just to hang out.

Friendships are not the only lasting impact. Taya Feigelson, 18, who recently moved to Israel, says, “The trip made me realize how much of my Jewish life I was missing. Now I try to celebrate Shabbat at home, and I’ve started saying Modeh Ani when I wake up.” She bought a siddur with the leftover stipend she had from the Sinai Scholars classes.

Abigail learned how to pray the Amidah. “I used to stand in synagogue completely lost, not knowing what was going on. During the trip, Rivka taught us exactly how to use a siddur, what to say, how to pray, and when to do it. Now I can follow along and even pray at home.” Abigail, like Taya, now also tries to say the Modeh Ani prayer every morning.

“I had all the theory of Judaism,” says Melanie. “I went to classes and I loved them, but after the trip I came back wanting to do more, to observe more.”

Taya sums it up simply: “I got to reconnect with my inner Jewish soul again.” 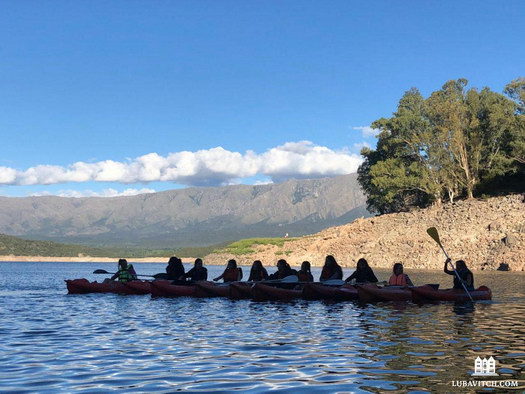