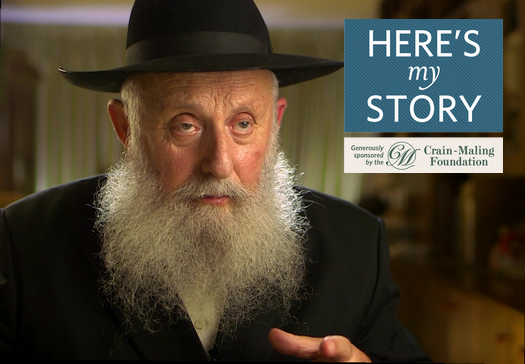 Here’s My Story: They Have Enough Businessmen!

When the USSR joined the Allied powers in fighting the Nazis in 1941, my father was drafted into the Red Army, and my mother – like many other Jews who ran for their lives at that time – fled East with me and my siblings. That is how we arrived in Samarkand, the second-largest city in Uzbekistan, where there was a big local Jewish community, including many Bukharan Jews and also many Chabad chasidim.

I was only three years old when we arrived in Samarkand, and I ended up growing up there. While others managed to make their way to the West, we remained behind because my elderly grandfather couldn’t travel.

In my high school years, I worked part-time in a factory owned by a Chabad chasid, and where a few other chasidim worked as well. One of those was Rabbi Moshe Nisselevitch, a unique persona who founded the CHAMA organization, and I was privileged to be among the original members. The goal of the organization was to help strengthen Torah observance among the local Jews, and we engaged in many activities – despite the risks involved, as these things were against the law – such as opening religious schools for young children, building mikvehs, and organizing prayer services and joyful farbrengens.

In 1969, my cousin Gershon Jacobson, the renowned journalist and founder of the Algemeiner Journal, came from New York to visit Moscow. I was very eager to meet him and hear from him about the Rebbe, but I was also afraid. I knew that the KGB would be keeping its eyes on anyone meeting with an American citizen and that could land me in hot water and endanger all of our CHAMA work.

I decided to ask my brother Betzalel, who lived in Moscow, to investigate and report back. Betzalel met with Gershon who told him that before his other trips to the Soviet Union, he had asked the Rebbe whether to see his family members and, each time, the Rebbe had advised him to avoid it. But this time was different; the Rebbe said he should meet with family members, and to do it out in the open, without trying to hide anything.

Thus encouraged, I met with Gershon who told me excitedly, “G-d willing, in a few months you will all be out of here already!” Of course, I was happy to hear this, but I didn’t dream that I would actually be able to leave.

After that meeting, my brother was summoned to the KGB offices where he was interrogated about his connection to the “foreign journalist.” When he said that Gershon was his cousin, they asked why he hadn’t reported this connection before. Long story short, he was fired from his position as a government worker. But as a result of this, he applied for an exit visa for Israel and received one. When I heard, I also applied and I also was granted an exit visa.

After getting out of Russia and arriving in Israel, we traveled to New York to meet the Rebbe. This was just before Passover of 1972, when we were privileged to be granted a private audience. One of the topics that came up during that audience was our work in Israel. My wife told the Rebbe that she had been a dentist in Russia, and he encouraged her to continue in that field. I told the Rebbe that I had been a businessman in Russia and asked if I should try to get into the industrial field in Israel. The Rebbe’s answer was that there were enough businessmen in Israel. “You must use your knowledge of the Russian and Bukharan languages and culture to work with the Russian and Bukharan immigrants in Israel – to ensure that their children receive a Torah education.”

I followed his advice. As soon as I returned to Israel, I got right down to work. I went around to the cities where there were big concentrations of Bukharan immigrants; I visited their homes and spoke to the parents to convince them to send their children to religious schools. At the same time, I also tried to find schools that would agree to accept these children. I was looking for religious schools with dormitories that would be good for kids ages six to eighteen, but despite all of my efforts, I was not able to find any.

I nearly gave up, but then I decided to consult Rabbi Simcha Gorodetsky and Rabbi Mendel Futerfas, two elder chasidim from Russia who now assisted CHAMA’s work. When they heard about my challenges, they told me to return to the Rebbe and ask him what to do.

I traveled to New York to see the Rebbe again. I explained that there were quite a few families, some with many children, who would like to send their children to religious schools, but no one wanted to accept these kids! The Rebbe’s answer was: “If so, open a school in Kfar Chabad.”

I went back to Israel and I told Rabbi Futerfas and Rabbi Gorodetsky the Rebbe’s answer and, as a result, we opened what became known as the “Bukharan Yeshivah” in Kfar Chabad. Initially, the kids – about a hundred of them – boarded with Chabad families and studied in the village synagogue. But this arrangement could not continue, as more children wanted to enroll. So there came a time when I decided to build a proper dormitory for all the students. Rabbi Shlomo Maidanchik, who helped to obtain funds from the government, advised me to think big and build two dormitories, not just one. I wrote to the Rebbe, and his answer came back loud and clear. He had taken my letter and circled the words “two dorms”!

We began to build and despite the fact that I didn’t have all the necessary funds, I eventually succeeded in building two dorms. Years later, when I left the institution, over 350 kids were studying there – in the elementary school and in the high school.

Today, many of the alumni of this yeshivah serve as rabbis and teachers in Israel and in other parts of the world. Hundreds of families are built on the foundations of Torah thanks to the “Bukharan Yeshivah,” which would never had been founded if the Rebbe had not put me on the right path.

Rabbi Gershon Dov (Berke) Shiff was one of the founders of the CHAMA organization in the Soviet Union. After his immigration to Israel in 1971, he continued to work to strengthen Judaism among immigrants from the former Soviet Union and was one of the founders of the Bukharan Yeshivah in Kfar Chabad, continuing as its administrator for many years. He was interviewed in September of 2014.