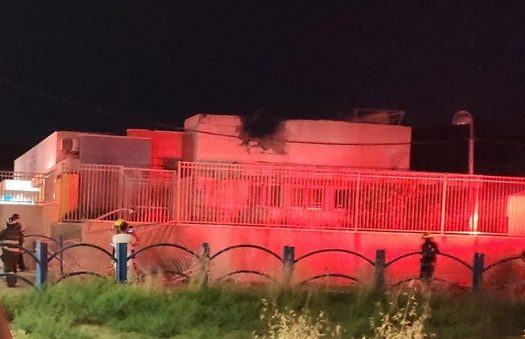 Chabad Kindergarten in Sderot Struck By Rocket Over Shavuos

A Chabad kindergarten located in the city of Sderot near the border with Gaza was struck by a rocket over Shavuos, thankfully only causing minimal damage and no injuries.

The rocket strick the edge of the kindergarten’s roof, tearing through a portion but failing to pierce it.

The kindergarten was closed due to the ongoing rocket fire, as well as the holiday.

During a security cabinet meeting, Netanyahu spoke about the directive “to continue hitting the terrorist targets,” saying “The IDF is doing well – today we eliminated another senior Islamic Jihad commander, we hit the Hamas naval unit, and we continue to strike at the underground medium – the Hamas metro, and there are other targets.”