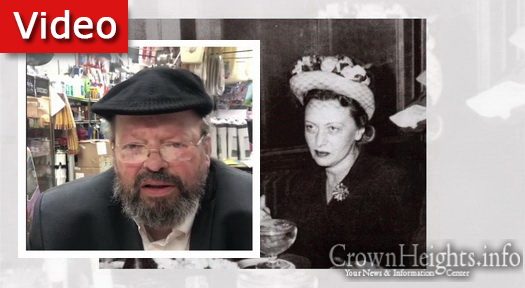 “Mr. Markowitz, you couldn’t do any better.” Listen to this story of the Rebbetzin when the crystal store she would frequent discovered who she was.

Update: The following was related by Shloimy Neubort regarding this story and video.

Let me tell you the rest of the story. My mother worked for Mr. Markowitz. On Sundays, the store was officially closed, but if a customer came while my mother was doing the books, she would let the customer in.