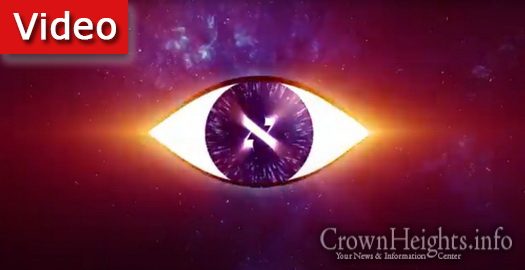 Episode 4 of Animated Torah follows the Alter Rebbe on his path to understanding God’s Unity.

The central tenet of Judaism is that Hashem is One. Kabbalah teaches that this means there is only One entity in existence – God. Everything we see around us, all exists inside of God, and does not add anything to Him – all is just God.

So how do we all exist?

I’m here, does that not negate God’s Oneness? The answer is no, and the subject of this whole series – how can there be only One Being in the whole reality, yet we’re all here?

So the Alter Rebbe begins this series by quoting from the Baal Shem Tov – the founder of the Chassidic movement. He says “your words, o Lord, are forever in the sky”. He explains this to mean that God is continually speaking the words of Creation, and that these words are what keep creation in existence.

Next step is that if God’s words are actively creating and moving everything, then God is taking a very active role in how history and life play out. He’s energizing me, my brain, the words I say, the person who hears them, how they react, and on and on. So the whole drama of life is being played out by Him.

The next step is the fact that since God is energizing and controlling you, and is your Everything, then this means that you don’t actually exist. If all you are is the expression of Godly energy, and all your movements and thoughts are orchestrated by Him, then you’re not you, God is you. You’re just the final product of His imagination.

Now the puppet does physically exist, but it has no independent existence.

On some level, we can be compared to this. God makes us, moves, speaks for us – He is us. We are real, but dependent on God.

But on a deeper level, this doesn’t work. We’re not a separate thing that God merely animates – we are inside of the Infinite Flow of God right now! This means we’re not here, because nothing exists in the face of Infinity – it takes up all the room.

These ideas of us not existing, whether like the first version where we do exist just not independently, or the second, where we don’t exist at all: these concepts are called Bittul. That you are “nullified” within God, or dissolved into Him.

If we don’t exist, then God is still the only One. As the passage says – “Hashem is One”.