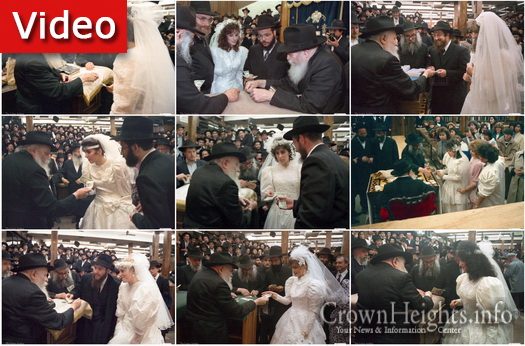 In honor of the Rebbe and Rebbetzin’s wedding anniversary on the 14th of Kislev, JEM presents a very special production documenting the Rebbe’s personal involvement in the marriages of several young couples during the early years of his leadership.

Including exclusive interviews with those who merited to have the Rebbe partake in their wedding ceremonies, the film underscores the fatherly care the Rebbe generously doted on his young followers, many of whom had lost family during the war.

In addition to sage advice on dating, wedding plans and marriage, the Rebbe was quick to offer financial support as well.

Furthermore, as the film demonstrates, the Rebbe’s view of marriage as an everlasting edifice necessitates it’s foundation on Torah principles, constantly guided by the hand of G-d.

For the Rebbe and his fore bearers, it was thus only natural for them to play such an active role in assisting with these holy unions however possible.

After the Rebbe stopped officiating at weddings, many brides and grooms would come to the Rebbe on their wedding day to receive his blessing.

Pictured below is an exclusive collection of the Rebbe greeting newlyweds. 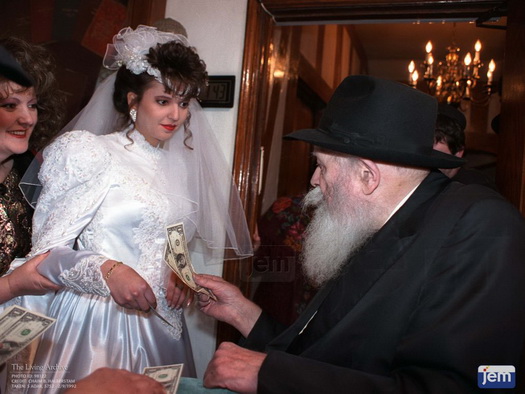 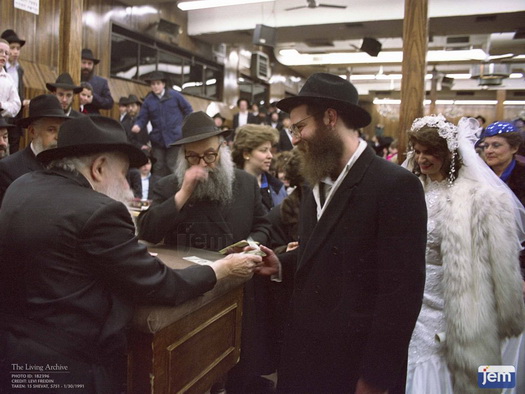 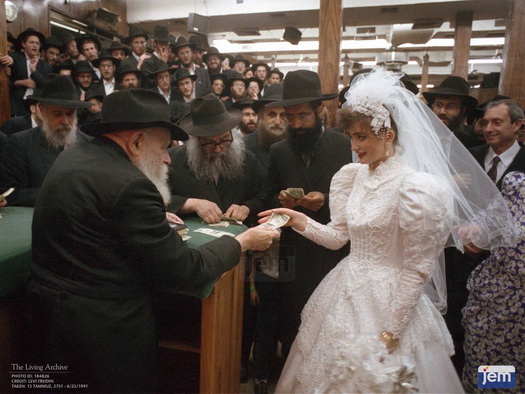 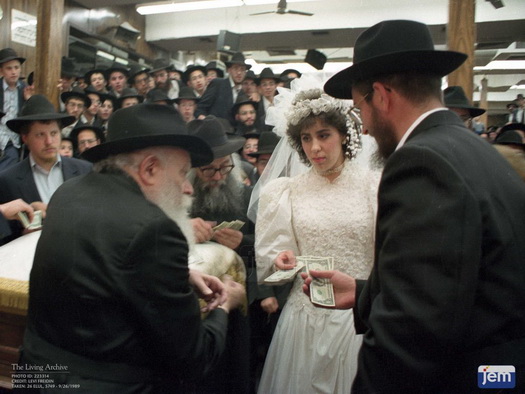 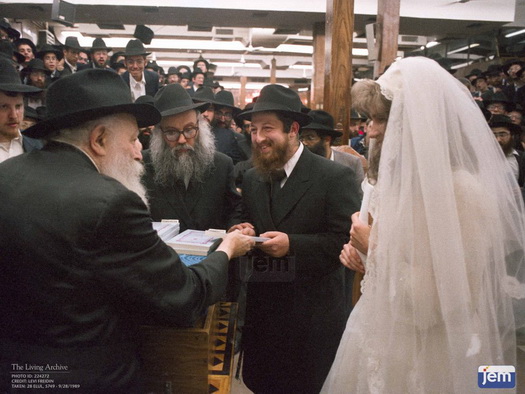 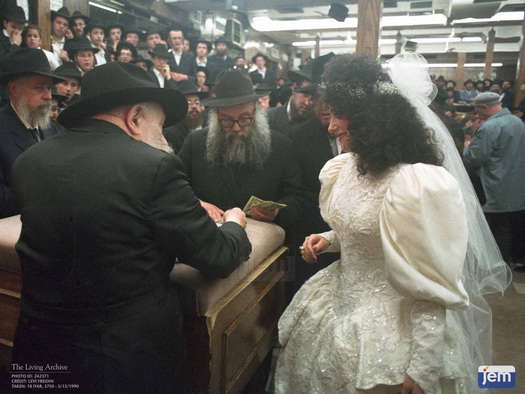 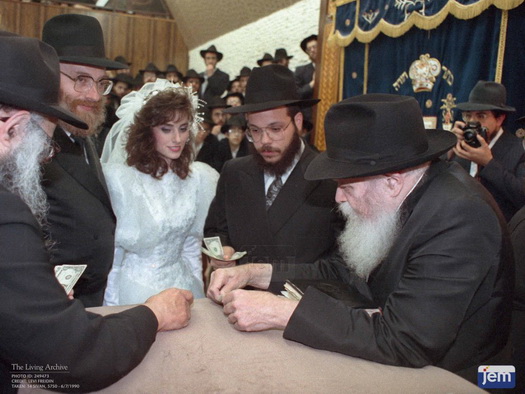 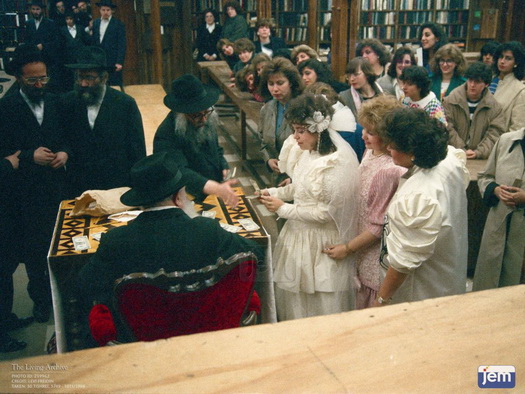 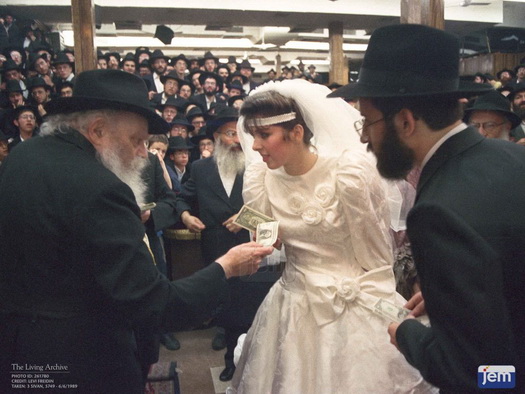 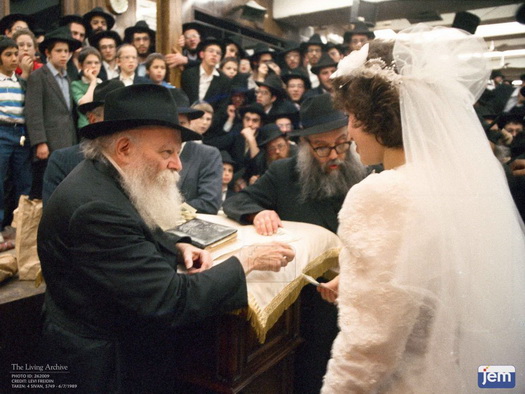 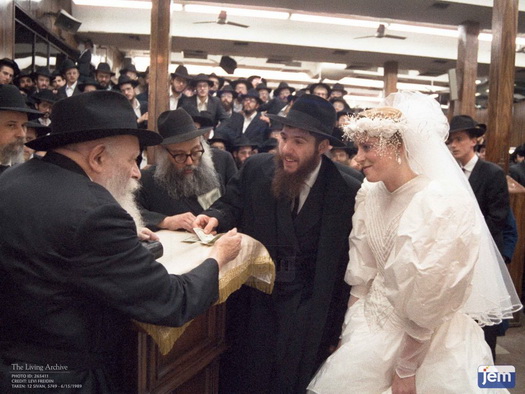