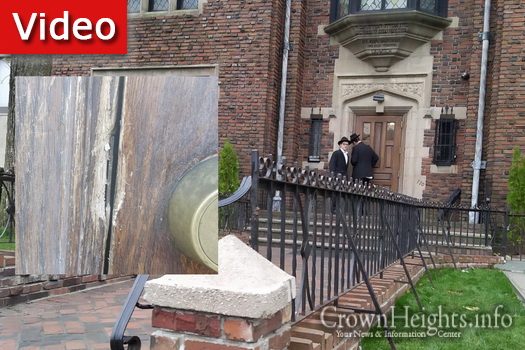 A broad daylight vandalism of the front door of 770 was caught on camera this past Sunday and has been obtained exclusively by CrownHeights.info.

The video from approximately 11:00am Sunday morning shows as the two bochurim jimmy at the locked door, attempting to cut through the bolt lock using a tool.

The two were ultimately unsuccessful but caused extensive damage to the wood door and door frame.

The bochurim, who appeared to be minors, did the deed while the area in front of 770 continued to bustle with Sunday morning activity, including multiple witnesses who watched the events unfold.

Such vandalism is not new to 770, with identical attempts to gain entry having damaged the same door multiple times in the past.

It remains unclear if the two bochurim would be held responsible for their actions, or if any action would be taken against them. 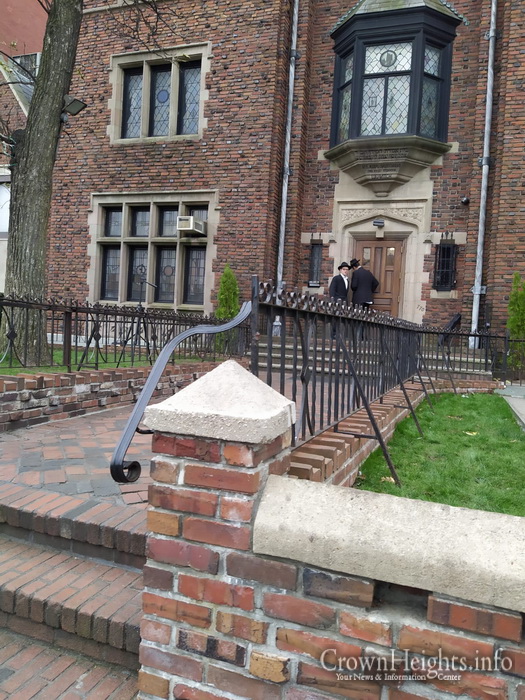 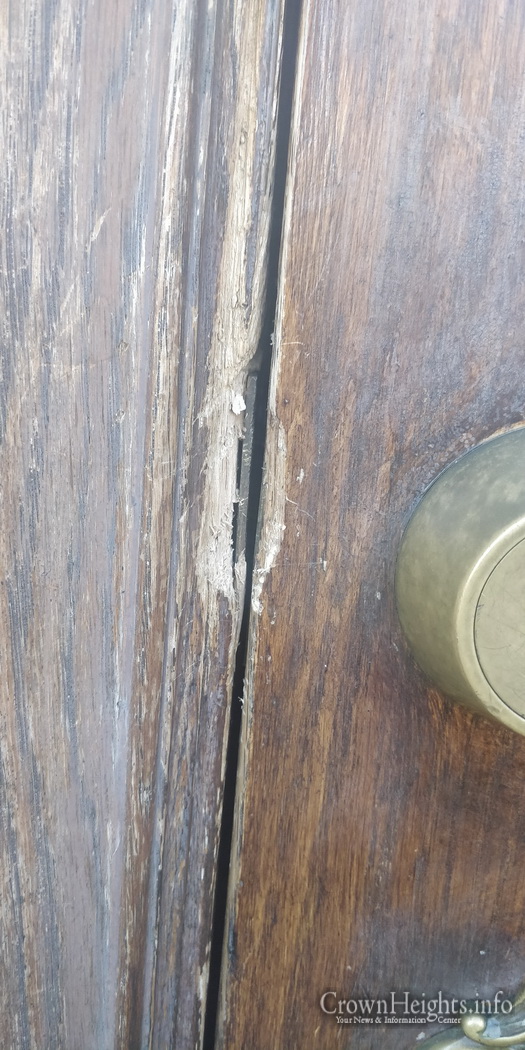 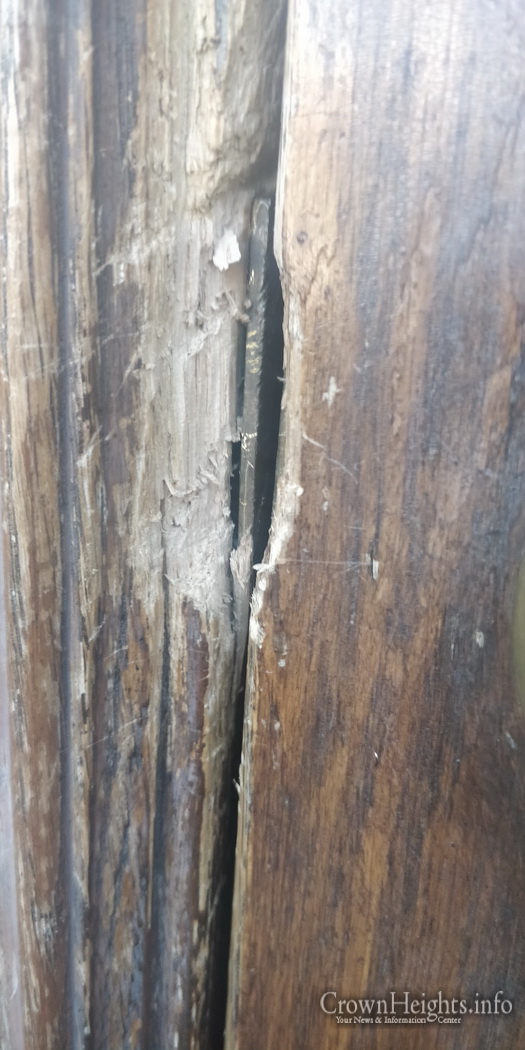