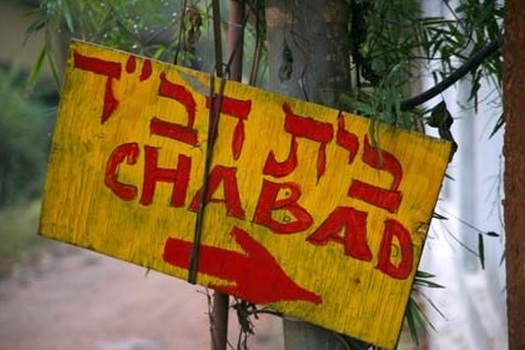 About seven years ago we hosted a young woman named Racheli. She told us that she has been traveling for a few months in Europe, “clearing her head.” And so, almost every week she has met families of Chabad shlichim who have hosted her for meals.

“It’s always tasty and pleasant. I always leave full of admiration for the strength and the fortitude of these young families, who are willing to go to foreign countries. But last week I had an experience in which I saw directly this quiet, internal strength of yours,” she said. I still remember how moved she was when she went on to tell the story; every time I remember it, I relive the intense emotions I experienced when hearing it.

“Last week I was in Tallinn, Estonia, for Shabbat. When I called before Shabbat to invite myself, Rebbetzin Chana Kot told me that her husband is out of town, because he had gone to New York to participate in the International Conference of Chabad Shlichim, known as “Kinus Hashluchim.” And yet (not at all to be taken for granted – Z.W.), she said that she was happy to invite me to join them for the Shabbat meal.

“It was Friday night. I went to the shul for the Kabbalat Shabbat prayers together with the “big” sons of the Kot family. How ‘big’? One was 12 and the other 11, or something like that. It was a large, beautiful shul, very impressive. We entered the large hall, and discovered that we were the only people there. Maybe because of the early hour that Shabbat comes in during the winter? Maybe the congregation knew that the Rabbi was out of town, and therefore didn’t make the effort to come? In any case, I was affected by this fact, and my mood dropped. But suddenly I saw the ‘big’ boys smoothly take control of the situation. One of them became the chazan, praying beautifully with cantorial flourishes at the end of every section. His brother, the “congregation”, joined in. When they got to Lecha Dodi, they started to sing as if the place was full, as if everyone were there – the chazan from his position, the congregation from his and I from the women’s section, goose-pimpled and with tears in my eyes, while they danced a classic Chabad dance around the bimah at the end of Lecha Dodi.

“I don’t have much to add,” Racheli said to us, “except that that was the moment when I understood the depth of the shluchim’s internal fortitude.”

And I, Zalmen Wishedski, also understood at that point something deep and internal. I understood that those children were not alone. They did not feel that they were alone. They never feel alone. They know that they are the Rebbe’s shluchim. They are instilled with the awareness that the Rebbe never leaves his followers, not alone and not in the darkness. And when you are not alone, so what is the problem with dancing and singing, even if the hall is empty?

Later, my friend, Rabbi Shmuel Kot, the Rabbi of Estonia, told me that a group of people did come and say Kabbalat Shabbat on that Friday – only later.

While every year we fly in to the Rebbe for this Shabbat, this year the Rebbe is coming to us, and we will dance and be happy just like every year, just like those children who were singing alone in an empty synagogue but with a full heart.