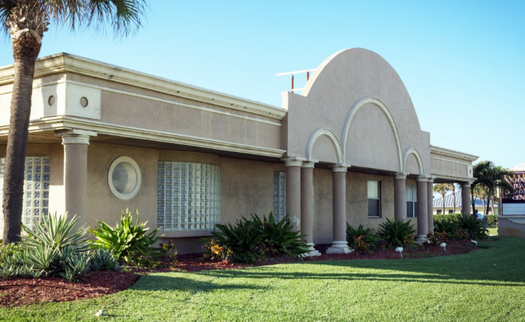 A Conservative Synagogue Beth El in Florida has decided to merge under a local Chabad House in what was termed by the Board of Executives a “positive” agreement.

The conservative synagogue had found there membership dwindling, and after much deliberation decided to fold their congregation into another local synagogue.

Stuck deciding on a suitable place to call home, the synagogues board of executives decided to direct their congregants towards the local Chabad house, saying that since their “Conservative Synagogue more closely resembles the Orthodox movement than the Reformed Temple of Beth Israel and Egalitarian movement of Beth Shalom, we decided to contact Rabbi Konikov of the Chabbad of the Space & Treasure Coast.”

Rabbi Kanikov was “happy to have us join their midst at any campus without having to pay yearly dues,” and with that they sealed the deal.

In a message from the Board of Executives to their conservative congregation, Rabbi Konikov expressed looking forward to greeting and meeting everyone in their right time, and he extend their warmest greetings and embrace to every member and best wishes for a good, sweet and healthy year ahead.

As part of the agreement, the Chabad shul would acquire the conservative Congregations Sifrei Torah, and has promised an abridged Yom Tov davening in English for those who are uncomfortable with the lengthy hebrew davening.