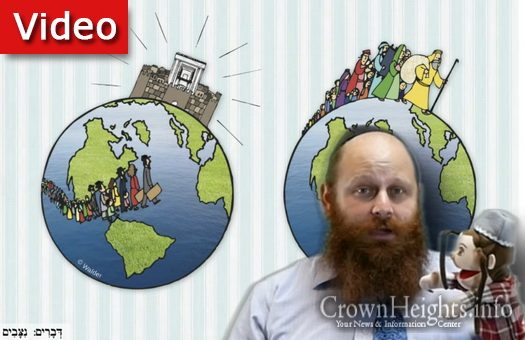 After a summer break Rabbi Avrohom Wagshul is back with his popular Parsha Puppet Show! The show goes through the entire story line of the parsha with humor and skits performed by Rabbi Wagshul and his puppets.

Due to popular demand from parents who prefer that their children not watch on youtube, the Parsha Puppet show now has a new app called “Tech Torah by Avrohom Wagshul.” This is available on both the App Store and Google Play. New content will be added and besides for the Parsha Puppet Show other content will become available as well from Rabbi Wagshul’s youtube channel.

To become support the Parsha Puppet Show and the new app CLICK HERE. For questions, feedback, or dedication opportunities please reach out to rabbiwagshul@gmail.com.