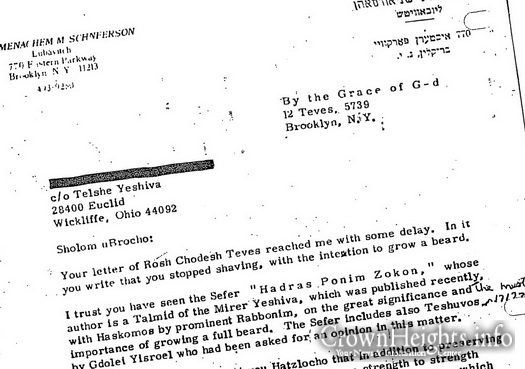 The number of projects to strengthen Yiddishkeit the Rebbe was involved in will never be known to us. Often, the Jewish public was unaware of the Rebbe’s direct or indirect involvement. To the Rebbe, the main thing was that the goal be accomplished; if this necessitated keeping his influence concealed, so be it.

One of these projects was the publishing of the sefer Hadras Ponim Zokon. Authored by Rabbi Moshe Wiener, Hadras Ponim Zokon is an exhaustive analytical and encyclopedic treatise of 1,024 pages (in its third edition) regarding the growth and cutting of the beard in halachic perspective, crowned with close to 60 pages of letters of acclaim from Gedolei Yisroel representing all segments of Klal Yisroel. The sefer vigorously demonstrates that maintaining a beard is an absolute, unequivocal Torah imperative.

Recently, the publishers of the Rebbe’s Igros Kodesh gave the Hiskashrus magazine (a weekly Hebrew magazine published by Tzach in Israel) copies of some of the Rebbe’s correspondence from the period leading up to and immediately following the release of the first edition of Hadras Ponim Zokon over 40 years ago. These letters, which reveal the Rebbe’s extensive, intricate and ardent involvement in the sefer, served as the basis of a comprehensive article which appeared in the Parshas Bamidbar 5780 issue of Hiskashrus.

To view the Hebrew article as it appeared in Hiskashrus magazine, click here.

To view the article in English translation, click here. This translation includes additions (which do not appear in the original Hebrew article) from archival material. 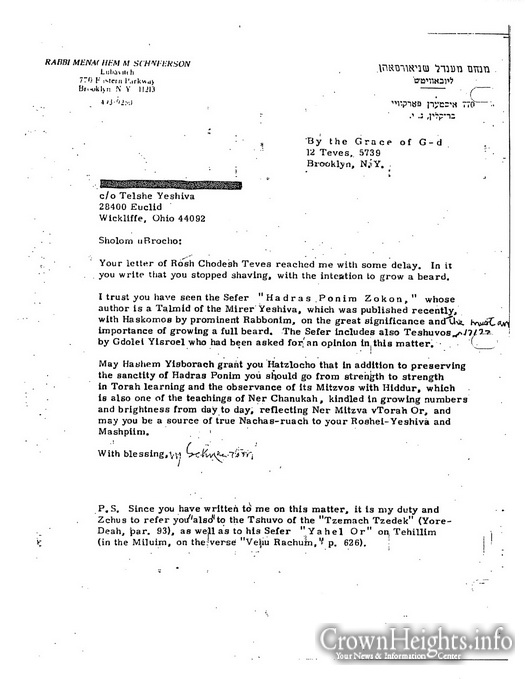