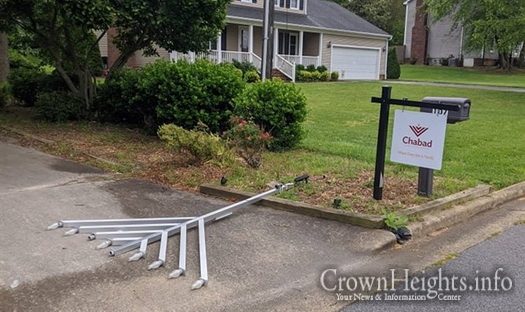 A large menorah was knocked down in front of the Chabad center at Elon University in North Carolina.

Surveillance video shows a car stopping on the road in front of the Chabad center in Elon, the driver exiting and then knocking over the menorah in the front yard at about 10 p.m. Tuesday, the local NBC affiliate WXII12 reported. The damage is estimated at $3,000.

Police are investigating the incident as a hate crime.

“We are saddened that this type of action was perpetrated in our community,” Elon police said in a statement. “Elon is a close-knit community that is accepting of all faiths and religions. This cowardly act is unacceptable and does not represent the Elon community or our community values.”

The Chabad center’s director, Rabbi Mendy Minkowitz, said in a post on Facebook that hundreds of people called, dropped by, emailed, texted and donated to show their support in the wake of the attack. 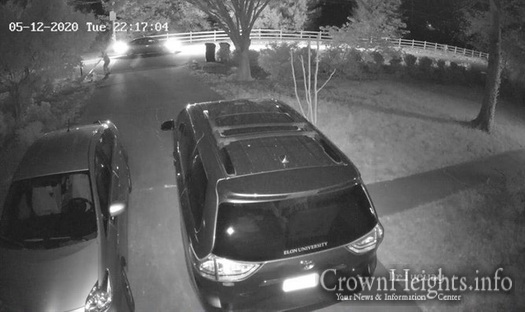