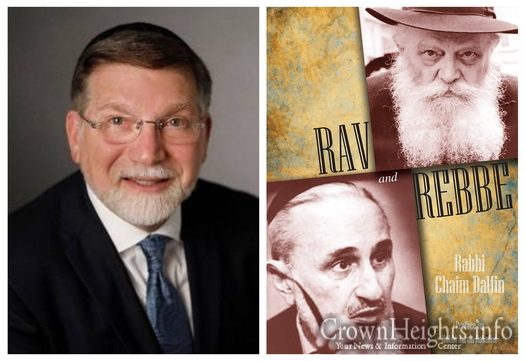 I hope you are healthy and safe during this terrible Covid-19 crisis.

Recently someone gave me as a gift your work “Rav & Rebbe.” Having learnt in the Rav’s Shiur in the late 70’s and 1980 and coming from a family that was very close to the Rav, as well as being a strong admirer of the Rebbe, I picked up the book interested in learning more about this well known relationship.

It was with this fascination that I would like to correct a statement made on page 57. Although you quote Rabbi Avraham Shemtov who told you in a private interview that the Rav purchased a new hat in honor of the Farbrengen, this isn’t accurate.

I was personally involved in which hat the Rav wore to the Farbrengen. At that time I was a Semicha student at RIETS and a dorm counselor in the Morgernstern Residence Hall, the building in which the Rav had his apartment. The Farbrengen took place during Yeshiva College’s winter intercession vacation so the dorm was almost empty except for a few of us who stayed at YU for Shiurim and graduate work.

I was in my dorm room when my good friend Barry Holzer (today Dr. Barry Holzer) who was the “Meshares” of the Rav (The Holzer family was very close to the Rav and the Holzer boys served as the Meshares of the Rav for many years) came running into my room and said, ” Elazar I need your help. The Rav needs a black hat. He only has a navy blue hat but he is going to the Lubavatcher Rebbe’s 30th anniversary Farbrengen in Crown Heights.” Barry told me that the Rav instructed him, “When you go to Rome you have to act like the Romans. They all will be wearing black hats so I need a black hat.” We searched the entire dorm until we found one and that is the one the Rav wore. It wasn’t a perfect fit because it wasn’t his nor was it a new hat. This is the true story. I shared this story, and a few other tidbits that I recalled, many years ago with YY Jacobson. He used the information in a lecture he gave at YU on the topic of the Rav and Rebbe.

By the way, Barry Holzer took my Minolta camera to the Farbrengen to take pictures of the historic moment. I have those pictures in an album in my house, but I would have to search to find them.

Rav and Rebbe can be purchased by emailing Info@rabbidalfin.com.