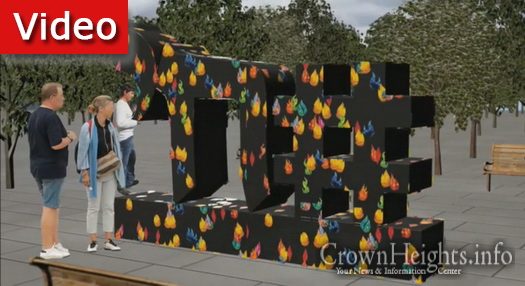 Of course, due to COVID-19, the March of the Living has been canceled together with almost everything in the world. However, Moully shared his interactive sculpture in honor of Yom Hashoah – Holocaust Remembrance day, and will hopefully share it in Warsaw next year.

Every soul that joins the March of the Living is a testament to the present and future of the Jewish people. As an artist, Moully attempt to visualize this powerful concept in an interactive participatory sculpture.

The March of the Living honors and reflects the past while looking to the future. Conveying this dichotomy in an interactive manner is the goal of this instillation.

Conveying both contemporary culture and eternal Jewish symbolism they begin with a 8 foot tall, and 4 foot wide sculpture of # ‘Hashtag Chai’ – in Hebrew, painted completely black.

The Hebrew letter Chet and Yud are an Universally recognized symbol of life. Adding a contemporary # Hashtag draws a parallel between the two symbols, Chai is not only a historic symbol of Jewish life, but very much a contemporary symbol as well.

Each participant on the March of the Living is be given a colored sticker in the shape of a flame with the Hebrew letters Chai on it. Each participant is to be engaged as to their power in moving the Jewish people forward, and asked to place their sticker on the black sculpture.

The finished piece stands as a testament to the power of the Jewish people to endure the darkest moments of history and stand strong and proud, bringing our much needed light to the world!

This testament to the Holocaust and the enduring spirit of the Jewish people does not just belong in Warsaw, it belongs in front of every Holocaust museum around the world. 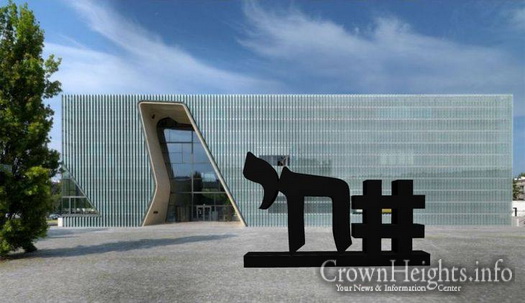 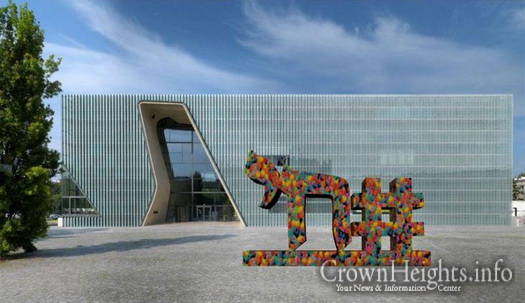