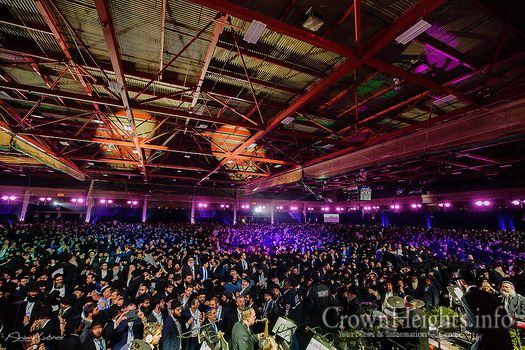 The most comprehensive research to date regarding content for Chabad Houses in Israel was presented Monday night at the annual Israeli “Shluchim Conference” organized by Tze’irei Agudat Chabad.

The research included three comprehensive surveys, as well as ten groups of respondents from those who visited Chabad Houses, and it was presented in a closed forum by senior researcher Dr. Rafi Smith.

Hundreds of men and women participated in the study, and “the number of respondents was high relative to other surveys,” Dr. Smith said.

The answers showed that the Israeli public which connects to Chabad and sees Chabad as the natural place to learn about Judaism is very heterogeneous.

The survey also showed that the usual stigmas applied to religious people are not applied to members of the Chabad-Lubavitch movement, which has adopted, “with all our hearts, to all people” as its motto.

When the general public was asked why people are interested in expanding their knowledge of Judaism, 38% answered, “because it makes me feel more connected to my Judaism” and 27% answered “because I want to get to know my culture.”

The research also showed that many Israelis have a deep emotional connection to Chabad.

The full research was presented at the conference, which took place at the Nir Etzion Hotel and was attended by hundreds of Chabad-Lubavitch emissaries who participated in the larger conference. Following the presentation, a discussion was held regarding the data and its implications.

During the main conference, Tze’irei Chabad thanked those who had helped conduct the research, including the Meromim Fund by Rabbi Shmuel Rosenstein, and emissary and philanthropist Rabbi Yitzchak Mishan.

In the coming months, Tze’irei Chabad will invest resources into ensuring that Chabad emissaries are able to implement the results of the research, enhancing their activities and work.

“The purpose of the survey was to aid and provide tools for the success of our activities throughout the year,” Tze’irei Chabad Chairman Rabbi Yosef Yitzchak Aharonov said.