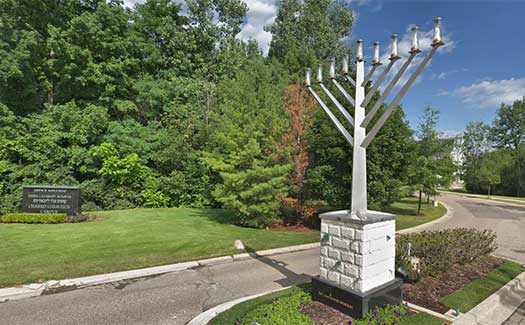 Seven years after a disgruntled former employee, with a history of fraud and theft against her employers, filed a lawsuit filled with claims against the Michigan Jewish Institute (MJI) for defrauding the United States government, the Justice Department notified the court that it would not join the lawsuit.

In 2013, a former employee named Dawn Klobuchar filed a lawsuit against MJI alleging wrongdoing. This type of lawsuit, known as a Qui Tam, allows the complainant to file suit on behalf of the government, and receive a share of the penalties won by the government as a result of the case.

The claims sparked a federal investigation that saw the FBI raid the MJI offices, back in 2015, and a host of speculative media reports followed. The claims against MJI — and information regarding who was behind them — were sealed by the courts during the investigation by the Justice Department. The government’s declination on January 6, 2020 triggered the unsealing of the documents and complaints as well as the identity of the complainant by the court on January 14, 2020.

After nearly seven years in which it investigated the claims, the U.S. government chose not to intervene in the lawsuit, leaving Klobuchar to decide by April 13 whether to continue with the lawsuit on her own or to abandon the lawsuit entirely.

In 2007, after working for Motor City Imaging, Klobuchar refused to return hardware and software provided by her employer valued at more than $100,000. Her former employer then sued and was awarded a judgement of over $300,000 against Klobuchar.

As an employee of MJI, she continued the pattern of moral lapses and deceit. As an IT administrator, she admitted to snooping on her colleagues emails, according to someone familiar with the details. Klobuchar forged a doctor’s note — complete with stationary of a medical group and signature of a doctor — to gain more paid leave. Kolbuchar resigned from MJI just before she was going to be fired for her moral, ethical and administrative lapses. She then requested tens of thousands of dollars from MJI in exchange for agreeing to, among other things, not bringing lawsuits against them.

“The wheels of justice turn slowly, but we were confident that ultimately we would be exonerated,” said statement released by MJI. “We look forward to putting these baseless claims behind us and reestablishing our longstanding and stellar reputation.”