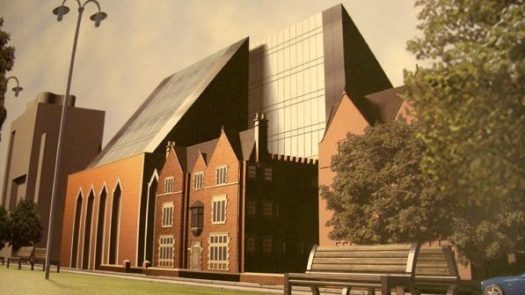 When reading the kuntres Beis Rabeinu Shebibovel and seeing how the Rebbe speaks of the necessity to expand 770 because this is where the light of Chassidus spreads to the entire world and where the Beis Hamikdosh will come down first and then move to Jerusalem, I got inspired. Inspired to band together with a few friends and brainstorm about how to get this expansion to happen.

We ran into endless explanations ranging in size shape, and opinion and we were told we were basically trying to resolve something impossible. But one thing was for sure, everyone we spoke to wanted expansion.

We spoke and dreamed and planned and reached out and after much deliberation the only idea left on the table was to create a platform where it can be made known to all, that the Chassidim want to expand 770, and, “If there is a will, there’s a way,” “אין דבר העומד בפני הרצון”.

It was very important that it was clear that this petition is not about attacking anyone, taking sides or pushing any other agendas, simply a request for expansion. We felt that this idea can do no harm towards the expansion efforts and that it can only advance the effort with Hashem’s help.

Last Friday, I wasted no time and immediately published the petition so that it would have the strength of, “The way we begin on Shabbos Breishis is the way the rest of the year will go,” “אזוי ווי מ’שטעלט זיך אוועק שבת בראשית, אזוי גייט עס א גאנץ יאר”.

This year is ה’תש”פ and one of the acronyms for the year is תהא שנת פרצת which is the numerical value of 770 and also means “break-out of the boundaries” (See Kuntres Beis Rabeinu, where the Rebbe mentions these very sentiments), I feel optimistic that this year we will finally expand our shul.

It is Rosh Chodesh Cheshvan, and the Midrash says that the Third Beis Hamikdosh will be built in Cheshvan. Just the very fact that we have Chassidim asking for the expansion to happen, should bring about the immediate revelation of the Beis Hamikdosh Hashlishi in 770 and from there to Yerushalaim with Moshiach Tzidkeinu now!