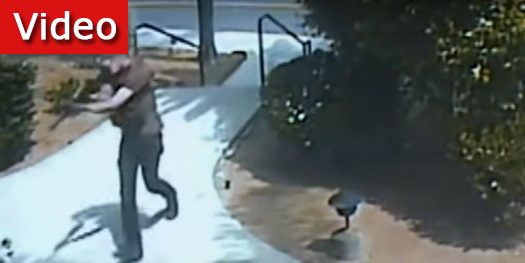 Disturbing video footage of the deadly April attack at the Chabad of Poway synagogue in southern California was shown on Thursday at a preliminary court hearing for the alleged perpetrator.

20-year-old John Earnest has pleaded not guilty to one count of murder and three counts of attempted murder from the State of California for the shooting, in which Lori Gilbert-Kaye, 60, was killed as she stood in the lobby of the building.

He has also been arraigned on more than 100 federal charges.

Earnest — who is believed to have posted an antisemitic manifesto online shortly before going to the synagogue — was seen smirking as the footage taken by surveillance cameras was played in a San Diego courtroom on Thursday.