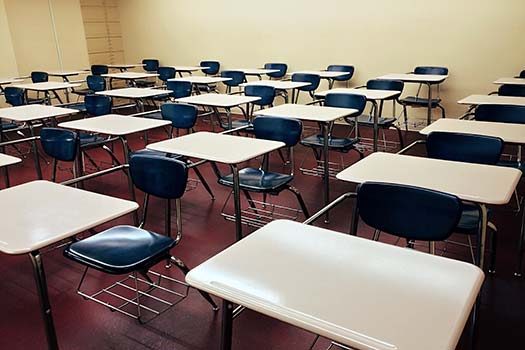 As the new school year is about to begin, we hear parents lamenting that their sons/daughters are not being accepted (or allowed to return) to the school of their choice for the upcoming year. Many times it is not the school’s fault, as they are full and the parent applied late or for similar reasons. However, sometimes the reason given is that your son/daughter is scholastically not up to our level.

In my research on the Rebbe Rashab for my upcoming book, The Rebbeim Biography Series: The Rebbe Rashab, I came across the following story that sheds light on this phenomenon. This is taken from Section Three of the book, which includes stories that shed light on his life.

A Discussion with Rabbi Simcha Bunim Sofer (the Shevet Sofer)

During the ten years in which the Rebbe Rashab was considering to open a yeshiva, he visited numerous yeshivos to see for himself which aspects he should incorporate into his yeshiva, and what he should be aware of.

One of the yeshivos he observed was the famed yeshiva in Pressburg, founded by Rabbi Moshe Sofer (the Chasam Sofer), and now under the leadership of his son, Rabbi Simcha Bunim Sofer (known as the Shevet Sofer). At that time it boasted around four hundred students.

“How do you decide who to accept in the yeshiva?” inquired the Rebbe Rashab.

“I personally test each student,” replied the Shevet Sofer. “However, the purpose of the test is only partially to ascertain the potential student’s scholastic level. More importantly, it gives me an insight into his yiras shomayim. I will explain this with the following episode.

“Once, a young man came to be accepted into the yeshiva. It was quite evident to the other faculty members that he was extremely learned, so I set up a time to meet him. When he entered my room, I noticed that he didn’t kiss the mezuzah.

“I gave him the benefit of the doubt that perhaps his failure to kiss the mezuzah was due to nervousness. I wanted to see if this was indeed the case, so I apologized that something urgent had come up and we would need to postpone the meeting. I instructed him to come to me in the evening, and we would then set up a time to meet the following day.

The rov of Pressburg (the Shevet Sofer) explained to the Rebbe Rashab:

“The winds of the maskilim are extremely powerful and enticing. The maskilim try to snare our students, especially the best ones, and, sad to say, they have succeeded in many yeshivos. So if a young man has yiras shomayim, even if he is not the greatest scholar, I can and will accept him. But a boy who is lacking yiras shomayim—that I will not accept! It can be dangerous to all the students!”

The Rebbe Rashab adopted this approach as well. He was extremely selective as to who was accepted, especially in the first few years of the yeshiva’s existence.
One of the original students was Reb Elchonon Dov Marasow hy”d, who, as everyone knows, had a phenomenal head and later on became a mazkir (secretary) for the Frierdiker Rebbe. My impression always was that the other initial boys were of the same caliber.

However, documents from the yeshiva’s archives include descriptions of all of the students and their progress.

About one of the students it is noted that he was fifteen years old and was holding at the beginner’s level of Gemora. However, his yiras shomayim and kabbolas ol were exceptional, and he was accepted. During the next five years he toiled in his learning and succeeded, to the extent that he received semichah for Rabbonus.

So yes, the Rebbe Rashab was careful and initially refused to accept most students. But that was only if there was a flaw in their tmimuskeit and yiras shomayim, not if the issue was only scholastic. Later on he gave many the benefit of doubt and although some were problematic, others became true Tmimim in every sense of the word.

Once again I would like to note that I look forward for your comments and truly appreciate those who took the time to send me their thoughts on last week’s story, bringing greater clarity to a few points. Additionally, some people informed me of aspects of the Rebbe Rashab’s life that I wasn’t aware of.

Rabbi Avtzon is a veteran mechanech and the author of numerous books on the Rebbeim and their chassidim. He has farbrenged in numerous communities and is available to farbreng in yours. He can be contacted at avtzonbooks@gmail.com