« Under the Umbrella: The Orthodox Rabbi and The Irish Catholic Walk to Shul
Here’s My Story: My Mind and My Father’s Heart » 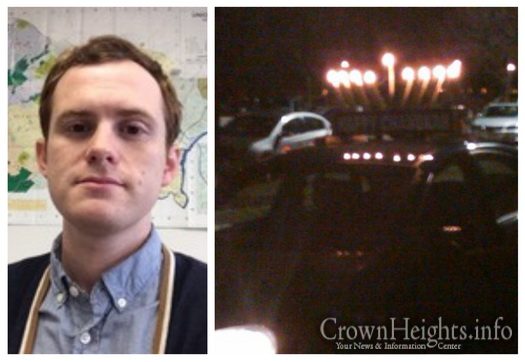 A New York Times political editor has a years-long history of antisemitic and racist comments on his Twitter page, a Breitbart News investigation has found.

Tom Wright-Piersanti, who has been a Senior Staff Editor at the New York Times for more than five years according to his LinkedIn page and according to his Twitter page oversees the newspaper’s political coverage, has made a series of antisemitic and racist tweets over the years. Many of them are still public on his Twitter page as of the publication of this article, but some have since been deleted.

The revelation of these tweets come in the wake of the executive editor of the Times stating that the newspaper intends to target the president on racial issues over the next couple years, after the newspaper’s efforts on the Russia hoax scandal failed.

One tweet that is still public is from the early morning of New Years Day in 2010, when he admits he is antisemitic but announced that his New Years resolution was to be less antisemitic—even though the tweet’s content mocks Jewish people.

Another one from the evening of Dec. 15, 2009, includes a photograph of a vehicle with what looks like a Menorah–culturally and religiously associated with the Jewish holiday of Hanukkah–on the roof. Wright-Piersanti commented: “Who called the Jew-police?” Breitbart News has not been able to determine what Wright meant by “the Jew-police,” and the New York Times has not yet responded to requests for comment on this matter.

That tweet, and the photograph of the Menorah-bearing vehicle, are also still public on the New York Times politics editor’s Twitter feed as of the publication of this story.

« Under the Umbrella: The Orthodox Rabbi and The Irish Catholic Walk to Shul
Here’s My Story: My Mind and My Father’s Heart »