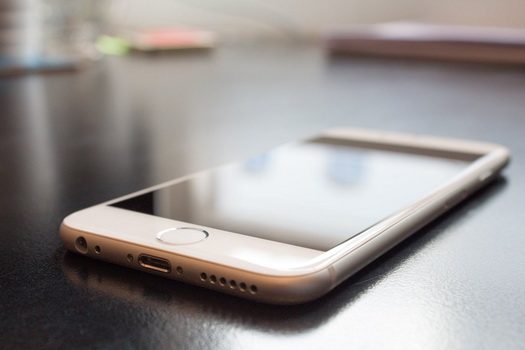 The enormous negative impact of smartphones and unrestricted access to the internet on our young and impressionable is no secret. Aside from exposure to concepts and content that are unfitting and harmful to a bochur, these devices provide a huge distraction during the yeshiva years – the most important years. Instead of becoming absorbed into the atmosphere and learning of yeshiva, which is the foundation of life, one’s head is swimming in the cesspool of spiritual waste, of which the smartphone is the diving board. Instead of being fortified with chassidish values by fabrengens which carry an individual through this world, this small piece of metal and plastic, chips away at whatever values were in place before.

For years the administration and Hanhala of schools and Yeshivas have fought valiantly against this tool of destruction. However the smartphone stood strong. It seems like no matter how many threats are made, dollars in knasim are paid, and how many students are kicked out, a smartphone remains to some an irresistible test. Those who don’t have one simply don’t want one.If someone wants one, they’ll have one no matter the repercussions. The smartphone is a force to be reckoned with.

The “iPhone or No Phone Policy” is another innovative and trailblazing standard set by Yeshivas Beis Shalom Yeshiva Gedola of Postville, IA. With this revolutionary stance on the aforementioned issue, the yeshiva will offer to those who want a smartphone the advantages and abilities that a smartphone offers, while completely restricting the harmful effects. With the virtually unbreakable filter that is built into the iPhone, the Hanhala of the yeshiva will be able to block off any apps or access that is deemed inappropriate for a bochur during yeshiva. The bochur gets his smartphone, and the parents and Hanhala get their peace of mind knowing that the damaging aspect of such a device is obstructed. While the iPhone may cost more than the other budget phones on the market, it may very be a worthwhile investment in your child’s future, as he gains a proper foundation in yeshiva for a proper future in the world, undistracted and undisturbed. The “iPhone or No Phone Policy” works with the bochurim, removing the “forbidden fruit syndrome,” offering instead a peaceful and effective resolution. Synthesising the gains of modern technology with the steadfast principles we’ve held for eternity, held in place by the rock solid filtering of the iPhone, Yeshivas Beis Shalom YG of Postville, IA once again presents a novel approach to chinuch in yeshivas.

The Yeshiva has also largely influenced the curriculum of learning in other institutions. Having devised an original system for learning Gemara l’Girsa, bochurim walk out of the year knowing well large volumes of daf, feeling rightfully accomplished and knowledgeable. Seeing the unprecedented success unfolding in the walls of the yeshiva housed in the shtetl-like Iowan town, other Yeshivas borrowed heavily from the original chazara system thereby producing and seeing positive results from their bochurim. Postville is undoubtedly responsible for the great geshmak and excitement that is thrown into the learning, giving bochurim a vast and lasting knowledge of the Gemara, across the wide spectrum of yeshivas.

Unrelenting in their innovative and pioneering approach to yeshiva curriculum, Yeshivas Beis Shalom is introducing a fresh program for the mesechta of the upcoming year; Kiddushin. Over the course of the year bochurim will learn in addition to the classic Gemara and Mefarshim, they will study the Tur and Shulchan Aruch on the subject. Tested by distinguished Rabanim, bochurim will be able to walk out of the year with a certification in yuchsin, essentially enabling them to be Mesader Kiddushin. This inventive program coupled with the tried and true advanced Girsa system will no doubt add a huge chayus to the yeshiva.

Any Talmid that wants to have a phone should be aware of the following: