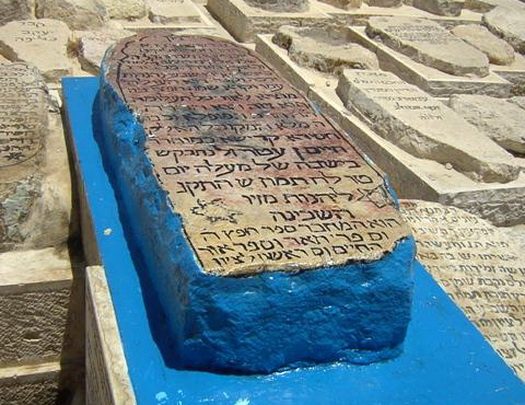 Thursday, the 15th of Tammuz was the yahrzeit of Rabbi Chaim ben Atar, better known as the Ohr Hachaim hakodesh, who was nistalek in 5503 (1743), and I will like to relate a few stories that demonstrate the unique relationship he had with the Baal Shem Tov.

The Baal Shem Tov attempted to travel to Eretz Yisroel, just to meet with the Ohr Hachaim. The Baal Shem Tov explained that the two of them have different parts of Moshiach’s neshoma, and if they met, Moshiach will come and redeem to Jewish people.

As is known, Hashem prevented them from meeting and the Baal Shem Tov was stranded on an island until he was able to board a boat that took him back to Turkey. He then celebrated Pesach in Istanbul, where he saved the Jews from a terrible decree.

We should note that his brother-in-law, Reb Gershon Kitover, did meet with the Ohr Hachaim.

The Baal Shem Tov spoke in such glowing terms of the greatness of the Ohr Hachim, that his talmid, the tzaddik, Reb Pinchos Koritzer, instructed his sons and grandsons (the owners of the Slavita Press), to print a Chumash with his explanation and reprint it every year.

After numerous reprinting’s, they realized that they have numerous copies available so they decided not to reprint it again one year, rather they would make an effort to distribute what they have to more communities. That is the year, they were arrested.

It is interesting to note that he wrote this explanation while he was teaching his daughters the Chumash, so it was written for them.

He explains, obviously there is toil, as a person was created to toil. However, normally when one is toiling on a task, they tire and sometimes even resent it. However, when a Jew toils in Torah [or in their communal involvement], there are no signs of the toil.

It is done with such love, enthusiasm and enjoyment, that as difficult as it may be, there is no tiring or hard feelings; it is a bliss and a wonderful experience.

It is said that on that Shabbos of his histalkus,after the Baal Shem Tov washed his hands for the third meal of Shabbos and said the brocha of Hamotzie on the Challah, he said to his students, “The Light in the west stopped shining.”

At that time the students didn’t understand what he meant, but on motzei Shabbos he explained that the great tzaddik, Rabbi Chaim ben Itar was nistalek.

His students asked him, Rebbe, how did you know and he replied, there is a special kavanah (thought) connected to washing the hands and it was given to the Ohr Hachaim. However, today when I washed my hands for the third meal, I felt it, so I realized what has happened.

I once heard a slightly longer and different version of this episode.

While the great sage, Reb Yechezkel HaLevi Landau, known as the Noda BeYehudah, was an opponent of the Baal Shem Tov, his daughter was a follower of his.

“It just happened” that she came to the Baal Shem Tov for that Shabbos, and after Shabbos the Baal Shem Tov ripped his garment, as a student does when his Rebbe is nistalek. Sometime after she returned home, the horrible news of his histalkus arrived in Prague.

Her father, who was the Av Beis Din, lamented over the tremendous loss, and she felt that now was an opportune time to demonstrate to her father the greatness of the Baal Shem Tov; how he sensed it right away, and didn’t have to wait until a traveler from Eretz Yisroel informed him.

Hearing what happened, the Noda BeYehudah exclaimed, “Now you see why I oppose him. One is not permitted to rip their garments, unless they hear or see it in actuality. One cannot do so because of divine inspiration! You see clearly, he did not follow the Halachah!”

When the Baal Shem Tov was informed of the Noda BeYehudah’s argument against him, he replied: The Halachah is clearly as he stated. However, what was I supposed to do, as I was standing right next to him?! [So yes, I did follow the Halachah].

We will conclude with the words of the Rebbe in such a kevious, when the three weeks and fast day of Shiva aser b’tammuz comes out on a Shabbos; “Once it was postponed, may it be entirely postponed, and may these days indeed turn to rejoicing with the coming of Moshiach speedily in our days.