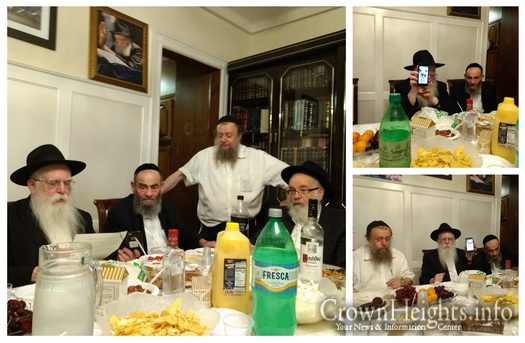 Four survivors of a fiery crash that occurred on Ches Tammuz 5729/1969, met up in Crown Heights Thursday night on its 50th Anniversary. They were joined from Montreal by Yosel Minkowitz via video.

The crash happened as the bochurim were on their way back from a friends Chasuna in Boston Massachusetts.

As they were preparing to exit a highway, a tractor trailer rear ended them, flinging the car into the air and throwing it onto a guardrail.

The car burst into flames as the car leaked gas onto the roadway, creating a massive gasoline fed fire.

Despite the car being completely covered in flames, all the bochurim managed to escape the inferno, some through the front doors, other out the rear window.

The police and doctors all named the accident a complete miracle, as accidents such as this rarely leave many survivors.