« “I Am Alive,” New From Yaakov Shwekey
Man Who Threatened Synagogue Shooting Freed on $125,000 Bail » 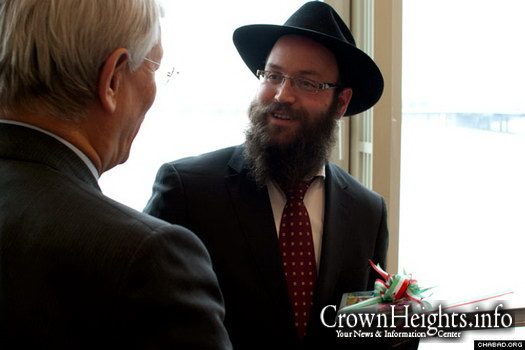 A Chabad Rabbi and a 20-year-old man, both wearing kippahs, were subjected to anti-Semitic slurs in separate incidents in Germany.

The rabbi was targeted Monday night in Dusseldorf and the young man on Sunday night.

In Dusseldorf, Rabbi Chaim Barkahn told the German news agency dpa that he was insulted with anti-Semitic slurs and followed on the street.

“It was a very, very terrible moment,” said the rabbi, who ducked into the community center.

Barkahn said it was his first such experience in a city in which he has lived and served the Jewish community for 18 years.

“Unfortunately, I can now say I don’t feel safe anymore in Düsseldorf as a Jew. But I am hoping for better times,” he said.

In the Berlin incident, in the Prenzlauer Berg district, the man said the perpetrators allegedly also tried to spit on him.

Both incidents are being investigated.

In Berlin, the number of anti-Semitic incidents reported in recent months to police is about 14 percent higher than last year. One in five reported incidents has occurred in the nation’s capital, where 2018 saw a total of 1,083 cases.

In March, Berlin reportedly became the first state to adopt a new concept for anti-Semitism prevention. In addition, a federal and state commission for fighting anti-Semitism was established. Last year, the federal government appointed Felix Klein as commissioner dealing with anti-Semitism.

« “I Am Alive,” New From Yaakov Shwekey
Man Who Threatened Synagogue Shooting Freed on $125,000 Bail »