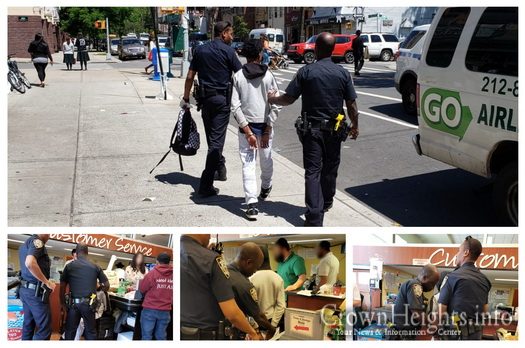 One teenager was arrested Monday afternoon for shoplifting at The Marketplace in Crown Heights. The staff of The Marketplace had noticed the teen attempting to leave with some items, and called Shomrim and 911.

A teenager attempting to shoplift from The Marketplace in Crown Heights was caught Monday afternoon.

The teen had taken three items from the store and attempted to leave without paying. The store staff noticed, and called Shomrim and 911.

The staff held the teen until Shomrim arrived, soon followed by the NYPD.

The boy was arrested for shoplifting, and taken by the police to the 71st Precinct.

One under arrest for shoplifting at a local supermarket.Thanking our Vol and @NYPD71Pct for quick response #ItsWhatWeDo pic.twitter.com/Q1ujBy31Q5