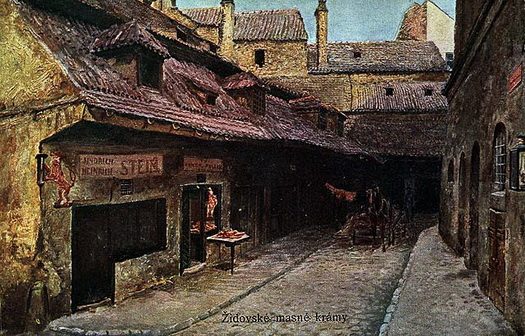 I heard the following by a farbrengen on the last day of Pesach, during the Moshiach’s seudah, that is customary conducted by chassidim.

We say in the haftorah of that day, “On that day you [the Jewish people] will say: I offer thanks to You Hashem, that You were angry with me.”

On the surface this is puzzling, if one would say, “I understand why You were upset at me,” or something similar, that is understood. But just because someone is rightfully angry at me; do I thank them for chastising me? I maybe understand that there was a need, but the question always lingers, perhaps it could have been done with more compassion?

But perhaps with the following parable, brought down in seforim, it can be understood.

There was a poritz (squire), who rented out parts of his vast holdings to numerous individuals. There was one person who leased the inn from him. However, when it came to pay the rent, the innkeeper didn’t have the necessary amount. The poritz, warned him that he legally can have him whipped, or place him in prison, but that is not what he wants to do. All he want is that the innkeeper honor the agreement that was made. He concluded: “But if you don’t honor it, I may not have a choice.

“So let us figure out a payment plan. You said you have half of the amount available, pay that now and each week for the next ten weeks, you will slowly pay off the balance.”

The poor innkeeper thanked the poritz for his understanding and graciousness, and did everything possible to pay off his balance. He was so grateful, and sang the poritz’s praise. This went on for many years.

One year, the poritz decided to hire a manager to be responsible for his various holdings and he occupied himself with acquiring additional assets and other pursuits of his.
At the end of the year, he called in the manager and instructed him to bring the ledger book, so he can review it.

When it came to this innkeeper’s page, there remained the entire sum; twenty gold rubles. The Poritz asked the manager, “What did you do about this?”

I warned him not to play around with us, and gave him twenty lashes to teach him and everyone else a lesson; one lash for each golden ruble he owes, replied the manager.

The poritz inquired, did that produce the money?

Obviously not, replied the manager. The poor person will be in bed for a few weeks recuperating.

So what did you accomplish, inquired the Poritz. The rent wasn’t paid and the man is now incapacitated and won’t be able to work for weeks or months. You accomplish nothing. Bring the innkeeper to me.

Servants were dispatched and they came to the inn, informing the family that His Honor, the Poritz wants the innkeeper to come to him.

Hearing these words put fear into their hearts. What does the poritz want him from him now? Is it not enough that he was whipped and hurt? Hoping to avert any further punishment they pleadingly said, “How can he go, he can’t even get out of bed. The doctors warned us not to allow him to exert himself, or it may take much longer to heal for our father to heal. He is out of commission.”

If that is so, replied the servants, we will bring him on his bed, and a few of them, picked up the bed with the weak innkeeper on it, placed it in the wagon, and off they went to the palatial estate of the poritz.

The poritz greeted the innkeeper and innocently inquired, what happened, why are you in bed? The poor innkeeper, didn’t understand why the Poritz is asking such an obvious question, but he said what happened to him, and explained that the manager wasn’t willing to extend any time like the gracious Poritz did!

Turning to the manager, the poritz inquired, is it true that he received twenty lashes?

So then I order you to give him a golden ruble for each lash, and bring it over now.

The manager had no choice and returned a few moments later with the twenty golden rubles.

After the innkeeper received it, he thanked the Poritz for serving justice.

The Poritz smiled and replied, but now I need justice, can I have the money you owe me, and the innkeeper had no choice but to hand it over. The poritz then instructed his servants to gently pick up the bed and take the innkeeper back home.

When the innkeeper came home he said to his wife, “If only the manager would have given me two lashes for each ruble then I would have had received forty rubles and we would have had enough money to pay for this coming year as well.”

So while we are in this exile, the trials and tribulations can be extremely painful, and draining. But when Moshiach comes, at that time we would see the tremendous reward Hashem bestows upon us for enduring it, and we exclaim, If I would have accepted even more, than my reward would have been much greater. I Thank You

Hashem for all the challenges You gave me.

I decided to post this now, as in next weeks’ perek, (Avos 4:2) we say the reward of a mitzvah is the mitzvah. In Chassidus one of the explanations given is that when one sees the reward given for a mitzvah, then they understand the inner beauty of the mitzvah.

For example, if a person finds an envelope or pouch with a name on it and without opening it, returns it to its owner. If the owner says thank you emotionlessly, then most probably that item wasn’t really important to them. However, if the response is an emotional one, you realize that this is precious to the owner. The more the response or expression of appreciation, the greater the importance of the item is.

If, the value of the item was a hundred dollars, how much relief would we feel when it is returned to us? But if its value was in the tens of thousands, obviously our relief and gratitude will be much greater.

So when Hashem will reveal the tremendous reward, He is giving each one of us, for each and every mitzvah we did, then we will realize the true value and intrinsic beauty of the mitzvah.

I thank you for your feedback and encourage you to please share stories with me in order to publicize. I also take this opportunity to thank the numerous families that answered my request last week to please help the Avrohom Eliezer Camp Fund sponsor as many children as possible to enjoy a camp for the summer, in memory of Avrohom Eliezer hy”D ben yibudel lchaim tovim HaRav Moshe Pesach sheyiche, a brother in law I did not merit to meet.

You can participate by going online at www.thecampfund.com