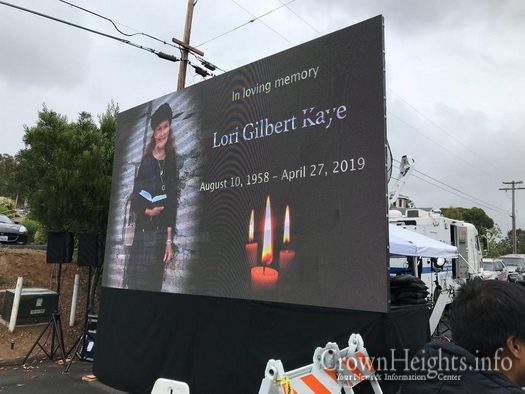 Chabad of Poway Shooter had 50 Unfired Bullets, Planned the Attack for Weeks

John Earnest, the man accused of attacking the Chabad of Poway synagogue in Southern California this past Shabbat only eight to 10 of the roughly 60 bullets he had before his weapon jammed, prosecutors said Tuesday, according to Fox News.

Earnest, 19, pleaded not guilty to charges of murder and attempted murder in the shooting in which one woman was killed and three people wounded, including the synagogue’s rabbi.

Earnest was arrested shortly after the attack with 50 unfired bullets, a tactical vest and helmet, prosecutors said during his arraignment.

At the hearing, he stood behind a glass panel, wearing blue jail clothes and showing no apparent emotion. He uttered only one word — “yes” — to waive his right to a speedy preliminary hearing.

The judge scheduled a status hearing for May 30 and denied bail, calling Earnest an extreme threat to public safety.

Poway was formally charged on Monday with murder and attempted murder. Authorities have also charged him with arson in connection to a fire last month at an Escondido mosque.

The suspect’s parents said on Monday that their son and five siblings were raised in a family that “rejected hate and taught that love must be the motive for everything we do.”

“To our great shame, he is now part of the history of evil that has been perpetrated on Jewish people for centuries,” the parents said in their first public comments following the shooting attack. “Our son’s actions were informed by people we do not know, and ideas we do not hold.”

The parents, who are cooperating with investigators, refused to provide legal representation to their son, and he was represented by a public defender.