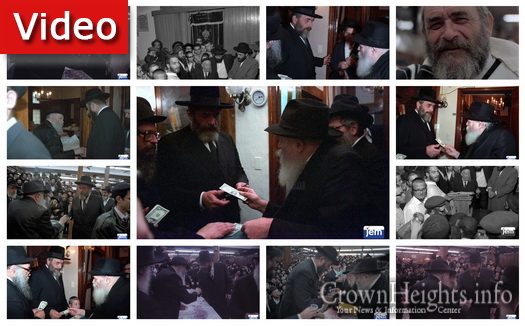 Rabbi Moshe Yehuda Leib Landau, 83, was a noted scholar, halachic authority, dedicated chassid and chief rabbi of Bnei Brak. He passed away after Shabbat at Laniado hospital in Netanya.

Shortly after his birth in 1935, his father Rabbi Yaakov Landau was appointed chief rabbi in Bnei Brak, a position he would hold for 50 years.

Moshe Yehudah Leib was raised in an atmosphere of chassidic inspiration and Torah scholarship. In the Chabad yeshiva of Lod where he studied, he was deeply influenced by the famed chassidic mentor, Rabbi Shlomo Chaim Kesselman.

In 1986, when his father passed away, Rabbi Moshe Landau, who had already established a name for himself in the world of kashrus and rabbinics, was appointed his successor. The fact that he, a chassid, was appointed rabbi in the strong non-chassidic city of Bnei Brak was a tremendous testament to his greatness.

He visited the Rebbe many times, seeking his blessings and counsel. One particularly memorable time was when after the dramatic “Hei Teves” victory, he came to New York to partake of the celebration, and delivered an address to the chassidim.