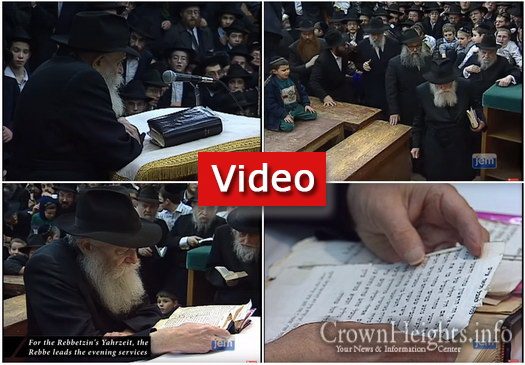 These scenes, filmed in high quality by a JEM film crew with special access, contain shots of the Rebbe leading the evening prayers on his the Yahrzeit of his beloved wife, followed by remarks in a talk to the public filmed from a unique angle.

Finally, shots of the Rebbe distributing a special booklet with talks about the importance of the Jewish woman, along with a five dollar bill and a piece of honey cake.

Over the next five hours, the Rebbe would hand out over 11,000 of the booklet to men, women and children.