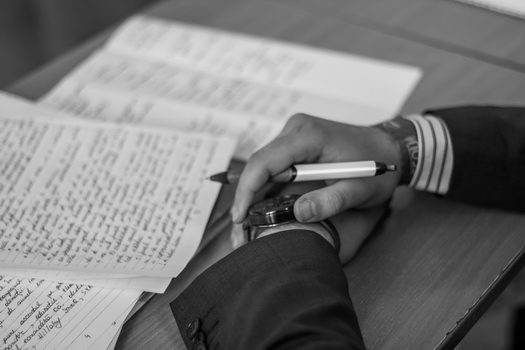 The past week has been unimaginably difficult for me and my family. While the world looked on in shock at the sudden and tragic passing of my father, R’ Yonah Avtzon A”H, we were left reeling from his loss. Whether you were a parent anxiously awaiting his phone call with suggestions for a shidduch, a friend put at ease by his warm smile and bright eyes, or one of the countless beneficiaries of his work translating the Rebbe’s teachings into English, we have all been touched by the gifts my father gave to the world. Now, we – his family – are left with the monumental task of ensuring that his legacy lives on.

Since its inception in the 70’s, Sichos in English was my father’s Shlichus and his deepest passion in life. Never wanting to put a barrier between the texts he was producing and the people that could benefit from them, he sold his books at almost no profit and made all of his works accessible online for free – foregoing much potential revenue. Instead, Sichos in English’s operating costs relied heavily on fundraising efforts and donations from the public. My father displayed such singular devotion to his shlichus that for the past several years he withheld his own salary, sustaining his family from his work as a Shadchan instead. This level of mesirus nefesh was something that we, his loved ones, came to know as emblematic of his character.

There was no question, therefore, that we would do everything in our power to ensure that Sichos in English continues to live on – not only as an honor to my father’s memory, but as a continuation of his Shlichus. Still, the costs of running such an operation are large and the suddenness with which it has become our responsibility is jarring. My family is relying on your help.

On this auspicious day, Yud Shvat, we got up from sitting shiva for my father. There is no better way to honor his memory than by helping to continue the sacred mission that the Rebbe set for him over 40 years ago. Please show your support by partnering with us to continue his shlichus: sie.org/partner

Every single donation is greatly appreciated, and partnering in the amount of $770 will help boost our campaign, pick up the pieces put on hold, and get books back in print and onto people’s bookshelves!

May we merit to see the ultimate “haafotzas hamaayanos” and be reunited with all of our loved ones, with the coming of Moshiach speedily in our days – amen!