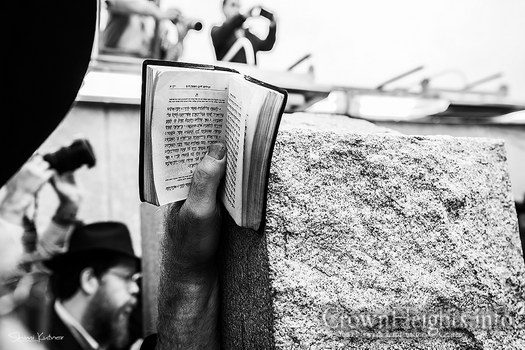 As we are two weeks before Yud Shevat and we are trying to make a proper preparation, I decided to share the following insight that was shared by Rabbi Tzvi Telsner at a farbrengen on Chof Daled Teves. We are so accustomed to hearing about the Rebbe’s reply of Azkir Al Hatziyon, that it doesn’t always inspire us, unless it is connected to a phenomenal story. From the following we may realize how phenomenal it truly is even when it is as a response to a “regular” incident.  I take this opportunity to thank everyone for their feedback it is much appreciated.

Rabbi Shlomo Zalman Auerbach was the Rosh Yeshiva of Kol Torah in Yerushalayim. He was asked why he has so much respect for the Lubavitcher Rebbe, even though he is not a chossid?

He responded; my father [Rabbi Chaim Yehudah Leib] was the Rosh Yeshiva of the prestigious yeshiva, Shaar Hashamayim, a yeshiva of mekubalim. So yes, my father definitely was deservingly considered by many as a righteous individual whose prayers are listened to.

When people asked him for a blessing, his response was that Hashem will definitely help and he would advise the person to daven in earnest and give tzedokah.

One time in middle of the night there was incessant banging on the door. My father was still up as he was learning and opened the door. An anxious and distraught man entered and between his sobs beseeched my father for a blessing for his wife. She was in midst of a lengthy labor and the doctors were very concerned for her and the baby’s safety.
My father reassured him that Hashem will definitely help her and everything would be alright. However, this did not calm the husband. He anxiously repeated that the doctors are extremely pessimistic and he insisted that my father guarantees him that everything will be alright.

Seeing how distraught he was, my father’s compassion for a fellow Jew was such that against his nature he gave the person the promise he had asked for. Much relieved, the man thanked him profusely and returned to the hospital full of optimism.

As soon as he left, my father awakened me and requested that I wake up the other members of the family and we should all say Tehillim and give tzedokah. He explained, I just gave a Jew a promise that everything will be alright and in what merit can I guarantee that. But in the merit of the Tehillim and tzedokah that we all are saying now, I hope Hashem will listen to our supplication.

Reb Shlomo Zalman continued, now that was speaking about giving one individual a promise that everything will be alright. Yet my father, who rightfully is considered a gutte Yid (a tzaddik), was nervous and apprehensive of assuming such a responsibility.

Now you are asking me about a Yid that gives this blessing and guarantee on a daily basis, not to one Jew or a few individuals, but to countless people. Yet he does it without any apprehension, confidant that his blessing will be fulfilled.

Have you any understanding of what that means?

Is that not testimony to his sheer greatness?!

So as we prepare for Yud Shevat by strengthening our dedication to learning the Rebbe’s teachings and fulfilling his directives, may we have a realization of to whom we ae connecting ourselves.

The Rebbe said numerous times in connection to Yud Shevat, about his father-in-law the Frierdiker Rebbe, a faithful shepherd does not forsake his flock, and will find ways to bestow his blessings upon those who are connected to him. May we merit to witness Hashem’s answer to all our tefillos in an open and revealed manner, and may we merit to fulfill our mission of making this world a dwelling place for Hashem with the coming of Moshiach Tzidkeinu, speedily in our days.