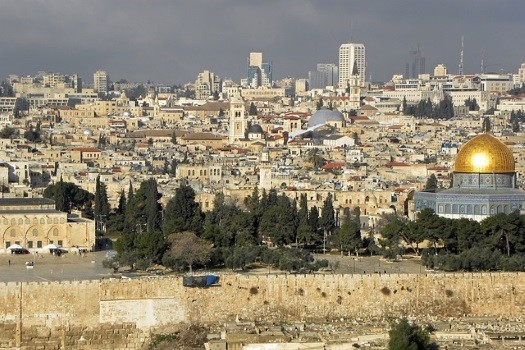 The fast:
1. Pregnant or nursing women and people who are ill do not need to fast.
2. One who is not feeling well or finds it difficult to fast should contact the Rov as early as possible and not wait for the last minute…
3. The fast starts at Alos Hashachar (dawn) – (see times in the local calendar).
4. One who wants to get up before dawn to eat or drink something (to alleviate the fast):
a. Must make (verbalize) a condition on Monday night, before going to sleep, that they are planning to eat or drink before dawn.
b. Must say Birchois Hashachar when they wake up and finish eating and drinking before dawn!
c. If the condition was not made before going to sleep, it is not permitted to eat after one goes to sleep.
5. One may shower, apply ointments etc. on this fast day.

Shacharis:
1. Davening is regular until after Tachanun (“Mikoil Avoinoisov”). [The chazzan says Aneinu in the repetition of the Amida]

2. After “Mikoil Avoinoisov”, before Ovinu Malkenu, Slichos is recited. Even one who doesn’t fast says Slichos.
3. After Slichos, the long Ovinu Malkeinu and Vaanachnu Lo Neda and Chatzi Kadish are recited.
4. Then we read the Torah – Vayechal, [no maftir] followed by Chatzi Kadish, Hagboho, Ashrei Uvo Letzion till the end of Davening.

Tzedokoh:
During the day we give Tzedoko equivalent to the estimated amounts of the meals that we are fasting. (Hisvaaduyos 5749 vol. 2 pg. 460).

Mincha:
Since Mincha is longer than usual due to the reading of the Torah and maftir/Haftorah, and Ovinu Malkeinu – special consideration should be made to daven with enough time before the Shkiya (sundown).

The order of Mincha:
1. Korbonois and Ashrei (Chatzi Kadish).
2. Krias Hatorah of Vayechal. The third Aliya is maftir (no Kadish) and the Haftoro is read. When the Haftoroh is completed, the Chazan recites Chatzi Kadish slowly at the Omud as the Torah is being carried back to the Aron Kodesh.
3. The Amidah:

a. Tachanun is recited.
b. Those who are fasting add “Aneinu” in the blessing of “Shomea Tefila”. If one
forgot and remembered after saying Hashem’s Name of “(Boruch Ato)
Hashem Shomea Tefila”, it should be said after “Elokai Netzor” before the
second “Yihyu Leratzon”. If the Amidah was completed (started taking three
steps back), the Amidah is not repeated.

4. In the repetition of the Amidah, the Chazan says Aneinu and Birchas Kohanim.
5. Tachanun and the long Ovinu Malkeinu and Vaanchnu Lo Neda are now recited followed by Kadish Tiskabel and Oleinu Leshabeach.
6. After Mincha the Rebbe would say a Sicha (Divrei Kivushin).