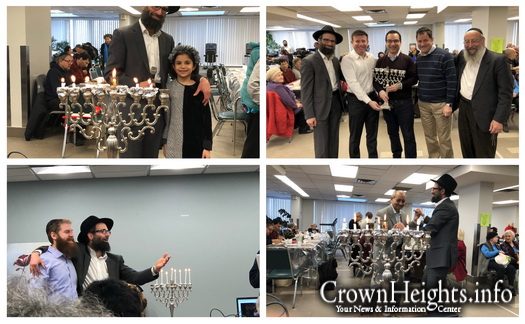 On Sunday, the 7th day of Chanukah, Rabbi Yirmi Cohen of Ohalei Yoseph Yitzchak Congregation in Toronto, Ontario, hosted as grand Chanukah Party for many Jewish members of the government.

With the recent Anti Semitism in Canada, and around the world, the Chanuka Lights gave a real meaning to the idea of Light over darkness.