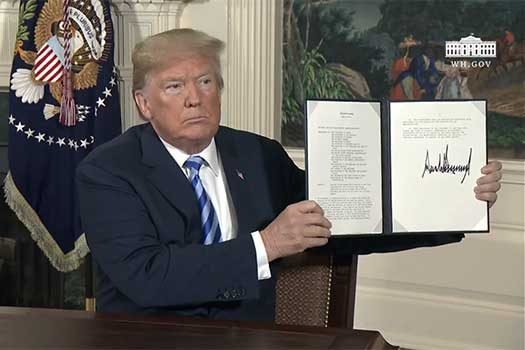 President Donald Trump withdrew the United States from the Joint Comprehensive Plan of Action – better known as the Iran Nuclear Deal. Speaking from the White House he declared the deal “disastrous” and called it a missed opportunity. He also cited Israeli intelligence as proof that Iran’s ambitions were not peaceful.