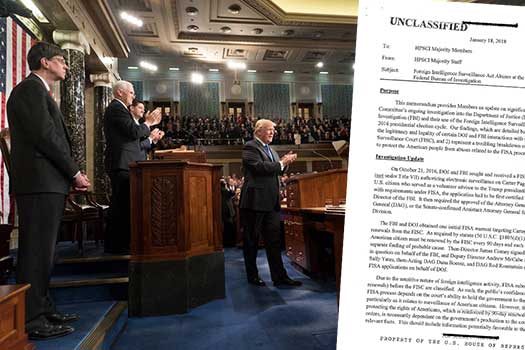 President Donald Trump ordered the release of a controversial memo, compiled by House Intelligence Committee Chairman Devin Nunes. The memo details abuses of the Foreign Intelligence Surveillance Act in targeting a U.S. citizen and volunteer for the Trump presidential campaign, based on information contain in the infamous and widely debunked dossier.


As expected president Trump declassified a house intelligence memo which accuses the justice department under Obama and the FBI of abusing their power and trying to undermine his campaign.

As we reported the Democrats, as well as the FBI, tried desperately to stop the publication of the memo. But despite their dire warnings president Trump cleared it for release today.

Here are the key points in the memo: