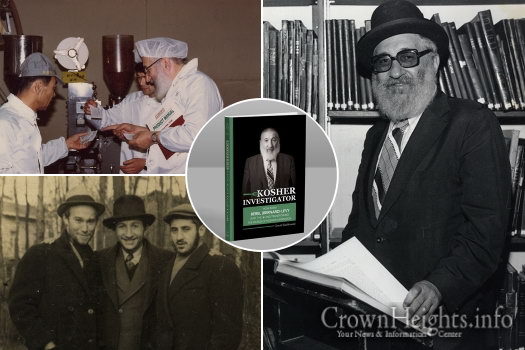 His name is synonymous with the development of kashrus supervision around the world, as he revolutionized the field and brought it to an entirely new level. Yet the title Kosher Investigator for the biography of Rabbi Bernard Levy is misleading in a way. Reb Berel lived a life full of numerous accomplishments before and parallel to his involvement in the Organized Kashrus Laboratories: he taught Torah in fledgling day schools, served as Director of Development of the National Society of Hebrew Day Schools-Torah Umesorah, and visited the heroic Yidden trapped behind the Iron Curtain, supplying them with articles of mitzvos and nurturing their souls with Torah.

In his well-researched work, Dovid Zaklikowski presents a full accounting of the achievements of Rabbi Levy, tracing his beginnings with his upbringing in the Bronx in 1921, where he tenaciously held on to Yiddishkeit despite his parent’s waning interest. The author introduces us to his maternal great uncle, Rav Avrohom Dov Ber Levine zt”l, who was known in his time as the Malach. Rav Levine encouraged his talmidim, who mostly studied in Yeshiva Torah Vodaas, to adhere strictly to the ways of the European shtetle, which at times clashed with the vision of Rav Shraga Feivil Mendlowitz, the legendary menahel and Torah builder of the time. Zaklikowski mentions the tension which ensued, and the inevitable split between the adherents of Rav Levine and the yeshiva. A rare photograph of the Malach, discovered in the 1960s and which Rabbi Levy cherished, is included in the book.

Although young Berel Levy enjoyed a warm and close relationship with his esteemed uncle, nevertheless he broke ranks with him concerning his outlook on Chabad chassidus. The Malach did not follow the RaYatz; Berel, on the other hand, was influenced by Rav Yisroel Jacobson, a follower of the RaYatz, and eventually travelled to Otwock, Poland, to learn in the main Chabad yeshiva located there.

The thought of an American boy travelling to Europe to learn Torah was not popular, especially with the meager rations available for the students in the European yeshivos. The author describes the hardships that the talmidim endured, and how Berel Levy thrived despite the difficult conditions, imbibing in the Chassidic teachings of Lubavitch. In addition, the author relates several tales which reveal the way this American boy adjusted to life in Otwock: his interactions with the RaYatz, the Brisker Rov and Rav Menachem Ziemba. A particularly interesting chapter discusses the account of their escape from Europe through Warsaw, Riga and Sweden on the eve of the war. Berel rejoined Torah Vodaas, but later became part of the nucleus of the inaugural class of the reconstituted Lubavitch yeshivah when the RaYatz arrived on these shores.

After his marriage to Thelma Horowitz in 1944, Berel joined the army of the rebbe’s followers as they laid the groundwork for establishing day schools throughout the country. This undertaking, in turn, was the training ground for his eventual employment as one of the builders of Torah education when he served as principal and director of several fledgling institutions over the next decade.

Kosher Investigator records some of the early work to establish the day school system throughout the country. There were two schools of thought as to go about this; Lubavitch, under the leadership of the rebbe and his son in law, Rav Shmaryahu Gurary, and Torah Umesorah, founded by Rav Shraga Feivil Mendlowitz, under the directorship of Dr. Joseph Kaminetsky. Although there were differences in the manner in which they operated, Berel Levy straddled the fence between the two. On the one hand, he was an ardent chassid of Lubavitch, yet he worked under the auspices of Torah Umesorah.

Early in his career in chinuch, he served as the executive director of Lakewood Hebrew day School, where he erected a new building which still functions as a school building to this day. He developed a close relationship with Rav Aharon Kotler, where they found common language that surpassed their differences. In time, he moved to Elizabeth, NJ, where in addition to serving as executive director of the day school, he established a shul and served as its unofficial rabbi. During his stay in Elizabeth, he became interested in kashrus, and began visiting food production plants to learn how they processed the food, and revealed some problems with ingredients which were not commonly known at that time.

In 1960, Torah Umesorah recruited Rabbi Levy to lead their fundraising efforts, as the organization had hit on difficult financial times. Before long, the offices of Torah Umesorah had an inseparable trio: Dr. Joseph Kaminetsky, Mr. Amos Bunim, and Rabbi Bernard Levy. In this capacity, he was often the point man sent to deal with crises that schools faced. He became the right-hand man of Dr. Kaminetsky, and together they would identify the best people in the community to help implement changes needed in the schools under Torah Umesorah. His expertise in trimming and revamping budgets salvaged many schools from closing.

Throughout his tenure at Torah Umesorah, Rabbi Levy managed to interact with all segments of Orthodox Judaism involved in Jewish education. He often served as a conduit to convey the advice of the Lubavitcher Rebbe to the organization. At the urging of his rebbe, he presented the idea of forming a Teacher Training Institute, and utilized his previous relationship with Rav Aharon Kotler to bring it to reality. The suggestion of offering fellowships to aspiring mechanchim was made by Rabbi Levy, and this in turn helped the program to succeed. In addition to his consultations with Rav Aharon Kotler, he also managed to visit with the Satmar Rebbe when his work took him to visit Florida day schools, and they spent the night discussing various aspects of Jewish education.

After his productive stint in Torah Umesorah, Rabbi Levy purchased the Organized Kashrus Laboratories, and began the work by which he is most remembered; as the indefatigable fighter for the upgrading of the standards of kashrus in this country and around the world. Dubbed the “Sherlock Holmes of the food industry”, he became known as the person with a vast knowledge of the food industry and its technology.

In January, 1969, he launched his magazine, The Jewish Homemaker, which gave information on the latest developments in kashrus in an editorial titled Keeping Kosher, as well as other timely topics of Jewish observance. His quest for high standards led him to travel to all corners of the world, logging millions of miles in his travels. At times, he described his findings of seemingly innocent products with kashrus concerns. He discovered that oils were often transported in the same containers used to transport non-kosher ingredients, and devised a method of tracking and monitoring tankers, which is still in use today.

One of the memorable conflicts in the world of kosher supervision concerned fish packaging and production. Kosher Investigator records the research done by Rabb Levy, where he travelled along with a fishing boat to inspect the method of the tuna catch. He reported on some of the lapses he observed, ranging from the lack of inspection of the fish itself, to the mixing of canned fish with other cans of food in the same retort machine. He also related the problems he found with filleted fish, where the pieces of different species were skinned and stored together.

At times, he advocated for the kosher consumer, alerting them to resist the attempt of beverage manufacturers to use corn sweetener in their Pesach production, which is kitnios and proscribed for Pesach use by Ashkenazim. He decried the high prices of kosher chickens; although he agreed that there was a higher cost for kosher production, he discounted the claims justifying the final cost by comparing it to prices in the past. Pesach price gouging received the same treatment in his editorials.

The author does not shy away from a controversy which affected the OK in the last period of Rabbi Levy’s life. When vinegar that was certified by OK was discovered to be a derivative of wine instead of grain alcohol, the world of kashrus was thrown into turmoil. Zaklikowski treads carefully as he uncovers the source of the problem, and explains how the issue escalated due to the tensions that already existed in the industry. In defense of the protagonist, the author quotes some of the leading kashrus supervisors of the time who diminished the severity of the dilemma, and downplays the culpability of the OK.

A large section of Kosher Investigator is devoted to Rabbi Levy’s activities as an ambassador of Judaism in the far-flung locations he visited for kashrus supervision. Encouraged by the Rebbe, he used his travels to uplift the communities he visited, convincing the community in Manila to install a mechitzah, as well as sponsoring the installation of a mikvah when they built a new shul. From then on, he would seek opportunities to speak about the need to build mechitzos and mikvaos in the communities he visited.

Some of the most inspirational stories concern Rabbi Levy’s activities when he visited the Jews living behind the Iron Curtain of the Soviet Union. Beginning in 1972, he would visit his brethren in Russia, sometimes alone and sometimes accompanied by his wife, delivering religious objects, holding farbrengen with them and delivering Torah lectures. These trips were always fraught with danger, both for Rabbi Levy and the people in attendance. Although he never discussed them, in order to protect the attendees, he did keep brief diary entries so that he could report his activities to the Rebbe upon his return. These accounts, which are recounted here in detail, open for the reader a new window into the life of Rabbi Berel Levy, and reveal the mesiras nefesh displayed by him and the Yidden he visited.

The legacy of Rabb Bernard Levy, as presented in Kosher Investigator, is an informative read about the accomplishments of a central figure of American Jewry of the twentieth century.

The book is available from Amazon Prime or SeforimDeals.Com. 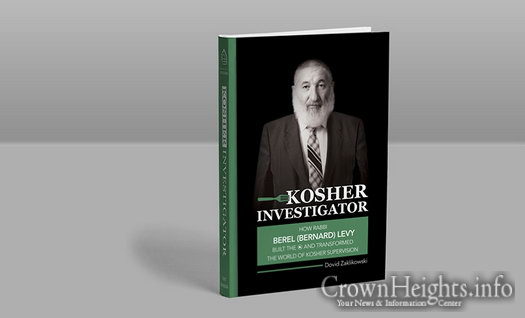 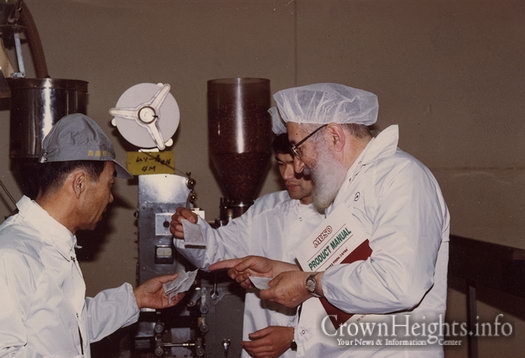 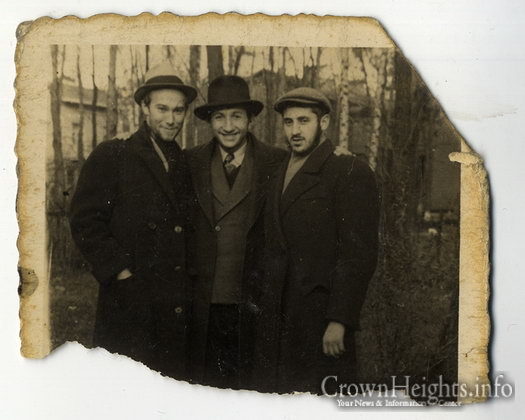 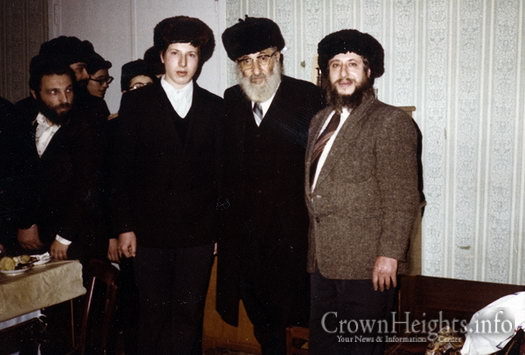 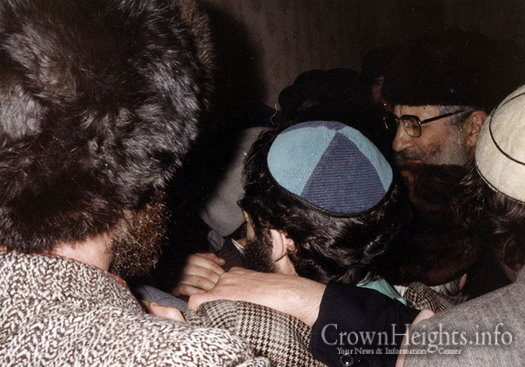 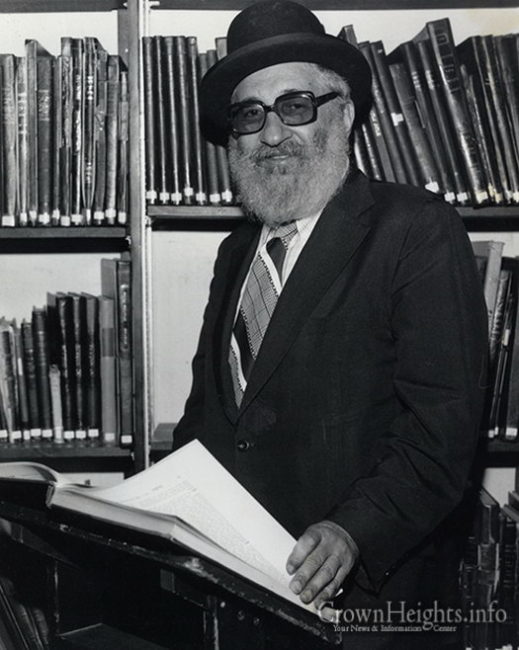 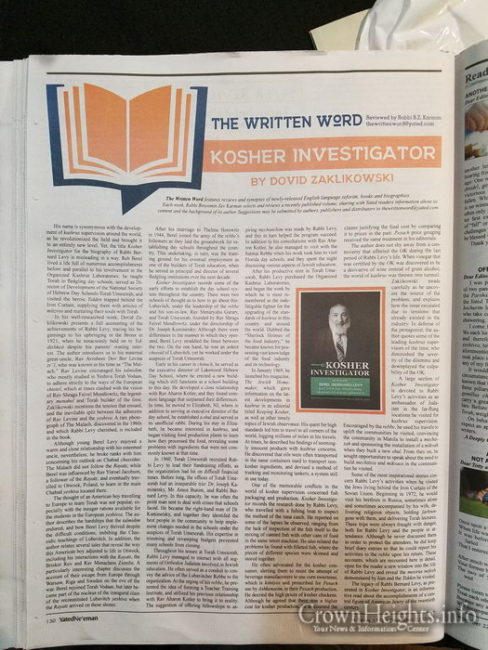