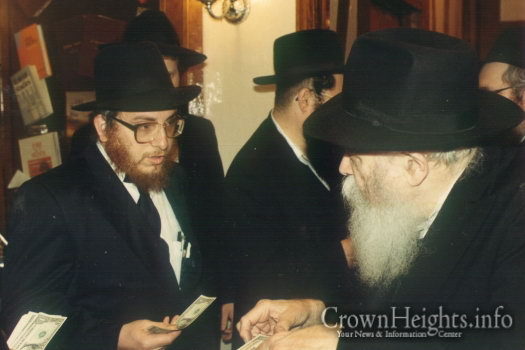 Rabbi Yitzchok Goldstein receives a dollar from the Rebbe.

This year’s Kinus will also coincide with the fortieth anniversary since the Rebbe returned home after the heart attack, on Rosh Chodesh Kislev 5738. This event will be commemorated throughout the Kinus, and will culminate in the annual post-banquet farbrengen, which will take place at the Ohel and in 770.

In honor of this upcoming Shabbos, Vaad Hanochos Belahak has published a booklet featuring part of the farbrengen of Yud-Tes Kislev, 5732. As a hosafah, Lahak’s Igros Kodesh division has published two new maanos of the Rebbe, giving us a glimpse at the unique bond the Rebbe shares with his dedicated shluchim.

The first maaneh was written to Rabbi Yitzchok Goldstein, head Shliach in Madrid, Spain. In a letter dated 17 Menachem Av, 5742, Rabbi Goldstein expressed his desire to travel to the Rebbe for the month of Tishrei together with his wife.

The Rebbe wrote his reply on the actual letter, and instructed the mazkirus to telephone Rabbi Goldstein and inform him of his answer. The Rebbe himself indicated with an arrow the shliach’s phone number, which was written at the bottom of the page.

In the first part of the maaneh, the Rebbe instructed Rabbi Goldstein to consult with the shliach above him, who in those days was the shadar Rabbi Avraham Yitzchok Glick. In the second section, where the shliach wrote that they had no money for the trip, the Rebbe replied that this is a siman they should not travel, and should continue with their shlichus in Madrid. In the third segment, where Rabbi Goldstein wrote that their neshamah will receive energy through being with the Rebbe for Tishrei, the Rebbe wrote: “How do you know which place is better for the neshamah?”

In the fourth and final part, the shliach expresses his longing to spend time in the Rebbe’s court: “We want to be with the Rebbe, please!” The Rebbe circled this line and wrote the following incredible words:

“The Baal Shem Tov says that when a Jew thinks about Madrid, he is in Madrid!”

In other words, based on the teaching of the Baal Shem Tov that a person is found wherever his thoughts are, since the Rebbe is thinking about his shluchim in Madrid, the Rebbe himself is there too!

The second maaneh was written to a shliach in New York, in reply to a letter dated 21 Cheshvan, 5749. After enumerating various activities he had done, the shliach complained that he was not receiving monetary compensation from any organization, and he was also disheartened that he had not received any answers from the Rebbe. The Rebbe answered his questions and encouraged him, as can be seen in the links below.

To view the kuntres and maanos in readable format, click here: http://www.lahak.org/templates/lahak/article_cdo/aid/3836101. 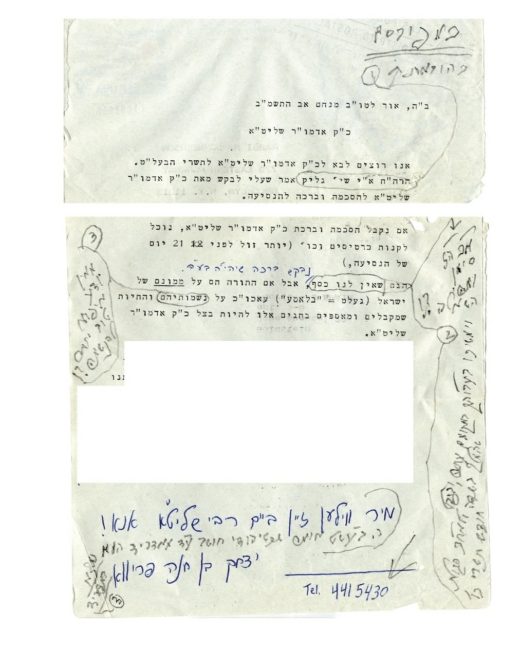 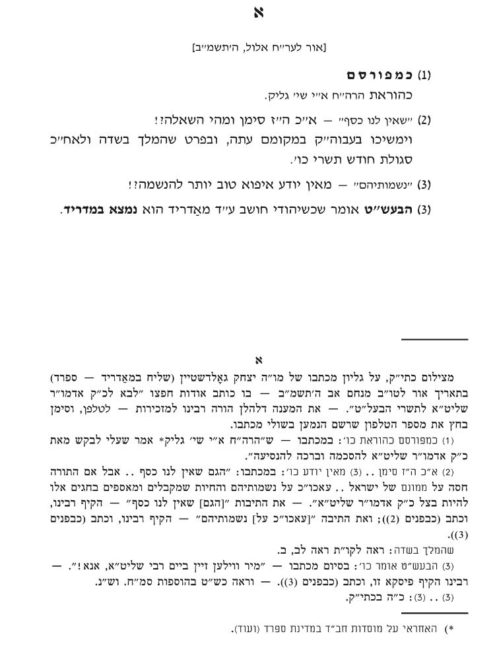